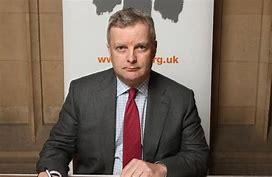 Voters are heading to the polls today (Thursday) in the Brecon and Radnorshire by-election that could see Boris Johnson’s Common’s majority cut to one.

The resurgent Liberal Democrats are expected to take the Welsh seat.

He’d been convicted of fiddling his expenses.

Despite the re-call, Brexiter Mr Davies, 51, was chosen again by his local party to fight the seat.

Mr Johnson visited Brecon this week as part of his tour to the UK’s four nations.