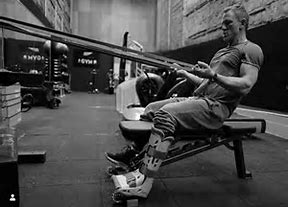 James Bond actor Daniel Craig is expected to return to filming this week after damaging his ankle.

The official 007 Instagram page has posted a picture of Craig working out in the gym.

He is wearing an ankle brace on his left leg.

Craig injured himself during a stunt on the set of the new Bond movie.

He had “minor” surgery to repair the damage.

The film – working title Bond 25 – has been beset with problems.

Last week an explosion at the Pinewood Studios injured a set worker.

Even before production started the chosen director – Oscar winner Danny Boyle – quit over disagreements on how the film should be made.

The new Bond villain is Rami Malek, who won an Oscar for his portrayal of Freddie Mercury in Bohemian Rhapsody.

The film opens in Jamaica where Bond creator Ian Fleming lived and wrote many of his 007 novels.