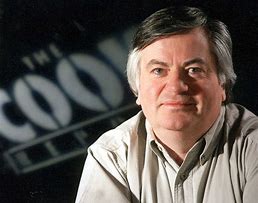 For example, there was the one on the trade in stolen babies, taken from hospitals in Brazil and sold on to childless American couples.

And, I’ll never forget the harrowing tale of child beggars in India being purposely maimed so they presented a more sympathetic figure to receive more money.

But one story genuinely sent a shiver down my battle-weary spine. It involved an eminent British surgeon who saved lives working for a charity in war-torn countries – while at the same time scouring the bomb-blasted streets of those countries looking for girls to work in his five upmarket brothels back in London.

It is a story that has chilling resonance today in the light of the Oxfam scandal even though my investigation took place way back in 1997.

On the face of it Dr Michael Schubert was a man of impeccable moral probity working in foreign aid.

He regularly helped out in Sri Lanka and Afghanistan, treating people in war zones. He was in Chechnya, tending those caught up in the republic’s brutal war against Russia and he issued a public appeal on ITN’s News at Ten on their behalf.

But all the time, he was exploiting the misery and suffering of his surroundings to make a fortune from sex trafficking and prostitution.

What makes his story all the more relevant is the outfit he was working for – the British charity Merlin (Medical Emergency Relief International). It also used to employ Roland Van Hauwermeiren, the man who’s engulfed Oxfam in its current predicament. Van Hauwermeiren moved from Merlin to become director of Oxfam’s operations in Haiti where he hired prostitutes for sex parties at the expensive villa rented for him by the charity.

But back to Dr Michael Schubert. It was following a nine-month investigation which took us across Europe and concluded with an elaborate sting, that we finally nailed him.

After our programme on him, ‘Flesh and Blood’, was watched by more than nine million viewers – you’d have thought charities would have learnt a lesson. But no. Little appears to have changed.

It is clear that charity workers with the same charities that we investigated all that time ago are still exploiting girls and involved in sex scandals. The aid bandwagon has been criminally complacent.

Our journey to expose the truth started when the Cook Report team spotted a newspaper story which claimed that up to 500,000 women and girls – some as young as 14 – were being trafficked into the European Union to be sold into sexual slavery and enforced prostitution. The culprits were said to be East European pimps and organised crime bosses.

However, to bring the story home to our audience, we needed much more than the newspaper’s cold statistics; we needed personal case histories retold by those involved – and also a British connection. But we had neither. In those days, relatively few of these unfortunate young women ended up in the UK – what was later described as ‘an epidemic’ had barely begun.

But then, a week after the newspaper article appeared, and quite by chance, a viewer contacted us to say that his girlfriend in Romania had received an unsolicited letter asking her to work as a ‘high-class escort’ in London.

The letter writer – a man called Mike – wanted the Romanian girl to bring herself and as many friends as possible to work as escorts – earning up to $2,500 a day.

Intrigued, we decided to find out who Mike was. Through contacts we found a Romanian journalist in Bucharest who was prepared to pretend she had received his original letter and could help. Our girl, using the name Elena, started a fax correspondence with Mike.

Would he take the bait? We kept our fingers crossed and fortunately, he did.

He invited Elena and her friends to London to work for him. Mike wanted to see photos of the girls – and gave a contact address. We checked out the address and discovered to our amazement that Mike was in fact a doctor – a 34-year-old German called Dr Michael Schubert. Further checks in Germany revealed that he was a highly qualified surgeon, married and with a new baby.

By a remarkable coincidence, a secretary working on the Cook programme at the time also knew a Dr Michael Schubert. She had previously worked for the humanitarian relief charity Merlin (now part of Save the Children) which was then busy in war-torn Chechnya.

Schubert had been on their books. We were appalled that a doctor working for such a charity could also be an international pimp. However, and apparently without Merlin’s knowledge, that’s exactly what he was.

In the meantime, our girl in Bucharest had changed her mind about flying over to meet Schubert and we had to arrange a hasty substitution. We recruited two very pretty East European girls to take part in our sting. They were both students living in Britain and did some part-time acting through a respectable London agency.

We briefed them thoroughly and assured them that we’d never let them out of our sight when they were with Schubert. Their safety was a prime concern.

We kept watch as Schubert met the girls at a hotel on the Bayswater Road in West London. A balding, bespectacled, but athletic man, he bounded up the front steps and into the foyer. At the meeting, he wasted little time in telling the girls that they would have to ‘sell sex’ to his clients. Dr Schubert said he would make all the necessary arrangements through his London company, Medical Services and Consultancy Limited.

He would guarantee work permits, accommodation, newspaper adverts, phone box cards – he’d even supply his friends as paying customers ‘if times were tough”.

The doctor set up our girls in a flat in Lexham Gardens, West London. He told them they’d have to earn enough money to repay the £400 a week rent, plus his ‘expenses’ in setting them up and promoting them. He already ‘ran’ some 20 girls in and around West London who charged (in 1997) from £80 for full sex, and was busy building an empire by recruiting many more.

A few days later the girls were ready to open for business. The doctor had printed calling cards for them – ‘sexy girl massage’ – and included a mobile phone number.

In order to lure him back to the flat so that he could be confronted, the girls called the doctor to say the phone wasn’t working and he needed to fix it straightaway. Within the hour Schubert arrived to find the girls in the lounge – while the Cook team were concealed in the bedroom.

As he fiddled with the phone, the crew and I made our entrance. Schubert was stunned – and then having recovered some of his composure, ignored our evidence and denied everything.

Eventually lost for words, he elbowed his way past the cameraman and clattered down the spiral staircase to the street with the crew and me in hot pursuit. As he sprinted off down the road, I couldn’t resist firing one last question at his fast receding back: ‘Dr Schubert, why don’t you come back and face the music?’

When we put it all to Merlin’s then Chief Executive, Dr Chris Besse, he professed to be surprised and embarrassed. He confirmed Dr Schubert was once one of their leading field surgeons and had saved lives in some of the world’s worst trouble spots.

However, he admitted that the only checks they’d made on the man involved his medical qualifications. After the programme, Schubert knew he was in serious trouble and quickly fled Britain with his wife and son. He was last heard of working in China.

Sadly, he wasn’t the only bad apple in Merlin’s barrel. As Schubert fled, we had a phone call from someone who’d worked on a Merlin project in Kenya at around the same time that Schubert was preying on vulnerable girls in Chechnya.

She told us that some of the expatriate medical staff in Kenya had been organising regular sex parties in their Merlin-funded accommodation, and that she’d raised the matter with her superiors, who apparently told her to turn a blind eye and get on with her job.

She didn’t want to take the matter further, but it was clear how utterly inadequate were the charity’s vetting and monitoring procedures. Many years later, it was those same procedures that allowed Merlin to employ Roland Van Hauwermeiren as a team leader in Liberia where, following an investigation into the use of prostitutes, he was found to have exploited vulnerable girls.

Van Hauwermeiren was not disiplined; he was quietly allowed to resign and went on to work for yet another charity in Bangladesh.

When the Cook Report exposed Dr Michael Schubert 20 years ago and warned Merlin’s chief executive Dr Chris Besse of his repulsive behaviour, all foreign charities should have been convulsed with horror and immediately done everything they could to prevent people like him ever working for them.

It is disgraceful that charities did so little. It is shocking that, in the many years since our report, charity workers have been easily able to betray the aims of both their employers and their donors – and to sexually exploit some of the very people they were supposed to help.

Staggeringly, Oxfam’s training manual states even today that banning the use of prostitutes would be ‘impractical’ and would ‘infringe civil liberties’.

But what about the liberty of the poor girls forced by pimps into a life of slavery and sex – just so that powerful and evil minded Westerners can fulfil a sexual needs.