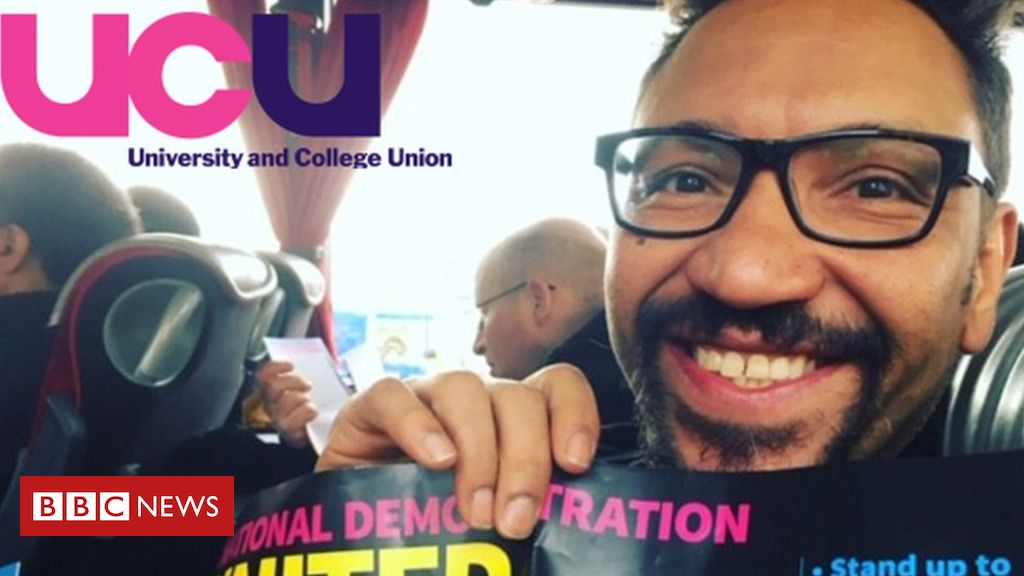 A college lecturer has been sacked after defacing a poster on display at a college to say it was racist.

The poster at Sandwell College promoted the Prevent scheme – the legal duty for teachers to report students who show signs of being drawn into violent extremism.

David Muritu said he had acted in “a moment of frustration” but felt the strategy unfairly targeted Muslims.

The Universities and College Union (UCU) warned industrial action was now an option.

It said despite an apology from Mr Muritu, the college had continued with the “heavy-handed and disproportionate response” of terminating its member’s employment – something it alleged was tied to his union activities.

The Prevent strategy, a government approach to tackling radicalisation, has been criticised by teachers, MPs and the Muslim Council of Britain.

Among concerns is that it increases the chance of stigmatisation for Muslim students.

Mr Muritu, a maths lecturer and UCU branch secretary, said Prevent had “no place in the classroom” and targeted “Muslim students and the Muslim community”.

He said the college told him his action amounted to serious damage to college property and gross misconduct.

He says he will appeal against his sacking.

A college spokesperson said: “Safeguarding is of paramount importance to everybody at Sandwell College and we expect everybody to act professionally, ensuring that we adhere to our statutory duties whilst creating the best possible environment for all of our students and staff to thrive.

“Although we do not share details of internal HR matters, it is important to note that we recently conducted a thorough investigation into a serious disciplinary matter which resulted in the decision being made to terminate the employment of a member of staff.”

The UCU said defacing the poster did not amount to gross misconduct and Mr Muritu, who had “strengthened workers’ rights”, was the subject of “trade union victimisation”.

It warned the college could face industrial action if the sacking was not reversed.

The college said it rejected the UCU’s comments and had taken steps to “minimise the impact of any action”.