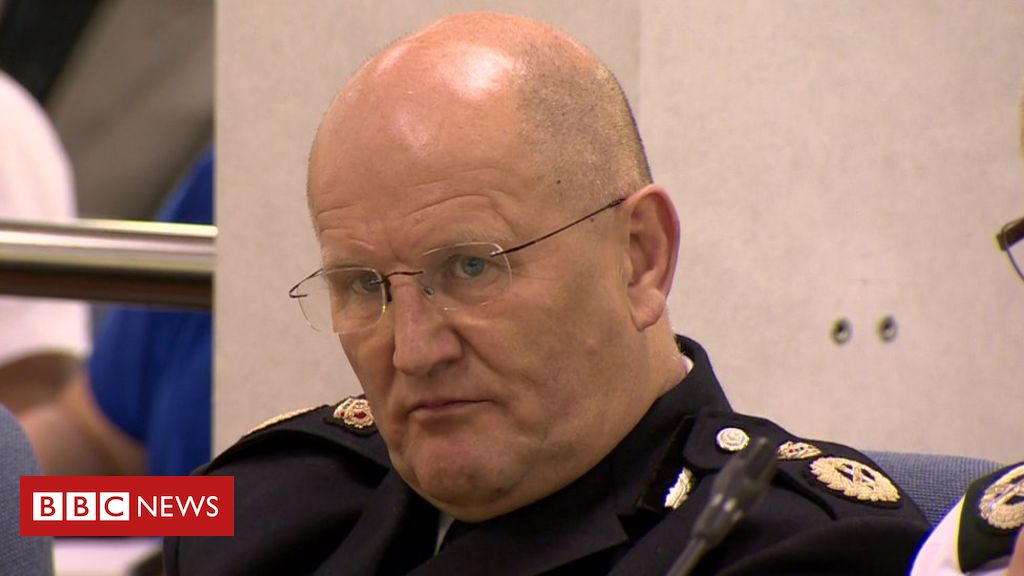 A senior policeman has declined to apologise to two journalists after an investigation into the suspected theft of confidential documents was dropped.

Trevor Birney and Barry McCaffrey were arrested in August 2018 over the suspected theft of files from the Police Ombudsman’s office.

They had been involved in a documentary on the Loughinisland attack in 1994.

Mike Barton, chief constable of Durham Police, was brought in by the PSNI to investigate the leaking of documents.

Six Catholic men were shot dead by the loyalist Ulster Volunteer Force (UVF) in the 1994 attack on the Heights Bar in Loughinisland.

On Monday, police confirmed the case against the two journalists had been dropped.

It followed a court ruling that the search warrants issued against them had been “inappropriate”.

Speaking at a meeting of the Northern Ireland Policing Board on Thursday, Mr Barton said that press freedom was crucial in any democracy.

“However, everybody has to operate within the law as it applies to them. Journalists do have freedoms, thank goodness, but they shouldn’t be abused,” he said.

“I’ve got to say that I thought the law was in a different place, until the lord chief justice corrected me and I stand corrected and I have now changed my mind on what the law is.

“I’m now reflecting on his words, I now wait for his written judgment that I’ll then share with our legal team, because it’s our legal team that I’ve worked with all the way through this.”

He added: “I absolutely respect press freedom, but I do not – in my view and I have been corrected by the lord chief justice – I do not think it appropriate that secret documents that put people’s lives at risk are put out their in the public domain – I think those discretions should be fettered.”

Asked by Sinn Féin’s Gerry Kelly if he should now apologise to the two journalists, Mr Barton declined to do so.

He said he did apologise unreservedly for any distress caused to the Loughinisland families.

PSNI Chief Constable George Hamilton also spoke about the case at the meeting.

“There is nothing about this investigation that has been easy,” he said.

“I became a police officer to uphold the law, to do so without fear or favour from anyone.

“The theft of documents containing information that may, in fact are likely to, endanger life of citizens is a serious matter which police officers are statutorily obliged to investigate.

“We do not have the choice of simply ignoring an issue because it is unpleasant, because it’s uncomfortable, too difficult, or will result in bad publicity. We must go where the evidence takes us.

“But in doing so, it is right and proper we should be – and we expect to be – held to account for our actions.”