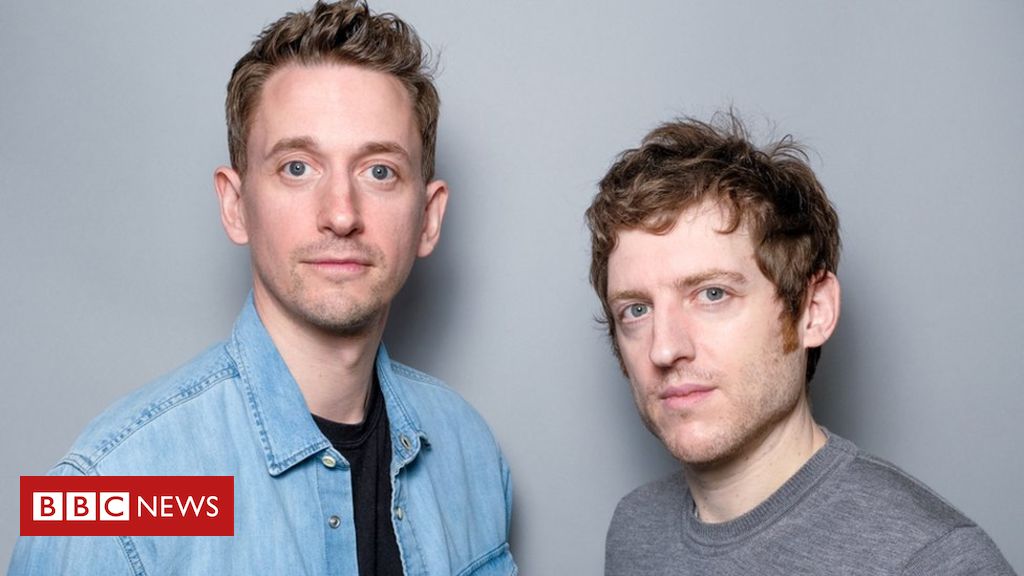 You wouldn’t necessarily put Elis James and John Robins together as mates.

On the one hand there’s James: the upbeat, sociable, yet admittedly shambolic, football-mad indie aficionado. Then there’s Robins: the Queen-obsessed natural born cynic with an Oxford Uni-level eye for detail and a tendency to drift towards the dark side.

As broadcasting partners go, the comedians – who have just joined the BBC after five successful years at Radio X – are hardly Ant and Dec.

“He’s not a character act,” jokes James, when asked to describe his friend in a single line. “It’s all completely true.”

“Idly I said I was thinking about buying a new car,” he explains, “and, because John was bored, he sent me a text and said ‘are you buying new, or are you leasing? Are you getting second hand and what kind of mileage are you going to do?’

“I gave him the answers and within a couple of hours I had the most detailed breakdown of all the cars I should buy.

“He’s better than an algorithm, that’s my review.”

Robins’ response to the same question perhaps underlines their very different approaches to life: “He was hungover and throwing up during the birth of his first child,” he reveals.

It’s through the prism of their unlikely friendship, however – cultivated on the UK stand-up circuit many moons ago – that the pair begin to explain their appeal to a growing army of listeners.

“I think it’s all down to the fact it’s quite unusual to have people with a genuine friendship on-air, talking in the same way they would if they were talking on the phone or in the pub and I think people really latch on to that,” explains Robins, who won the Edinburgh Comedy Award in 2017.

“I think radio is much less forgiving of faked chemistry, you can sniff it out much quicker than on TV.”

“You couldn’t pretend for two hours – it would be impossible,” adds James.

After broadcasting popular features such as Humble Brag, Made-Up Games and John’s Shame Well on Radio X, James and Robins say they’ve “jumped to a bigger ship” for their Friday lunchtime slot on 5 Live. The podcast of their opening show “in all its shame and glory” went straight to number one in the iTunes UK charts last week.

It wasn’t all plain sailing though, as they received and read out messages from confused and angry listeners, some of whom were tuning in expecting to hear the usual Friday Sports Panel with Ellie Oldroyd.

During their time at Radio X, as well as delivering laughs, the pair were “humbled” to find that their willingness to speak openly about sensitive issues like depression, anxiety and social awkwardness led to them inadvertently creating a community of likeminded listeners.

PCDs (Podcast devotees) interacted together online, met up in real life before live shows and in some instances even ended up getting married.

Now, as they bid to win over a whole new audience, James and Robins will also go on to produce a series of interviews around the subject of mental health for a follow-up BBC podcast later in the year.

Their position as comedic poster boys for the “mind palace”, as they call it, came about by accident.

“It never started as us talking about ‘issues’,” admits Robins, miming inverted commas while clutching his E-cig.

“It started as us talking about our lives and, because we’ve been friends for so long, we have a relationship whereby if I’ve had a difficult week it would be insane not to mention it [on-air] to Elis when he asked how I am.

“But it just turned out that was unusual on the radio for someone to say ‘how are you doing?’ and for them to reply ‘awful’, before playing Green Day!

“So it wasn’t ever intentional but it would’ve been impossible to be any other way because when my relationship ended, or whatever, and Elis goes ‘how are you?,’ I’m not going to go [adopts cod radio voice], ‘I’m great and today you can text in to tell us what’s your favourite letter?’

“It would just be unmanageable as you’d be living this fake radio life, so when he goes ‘what you do last night?’ and I go ‘I drank eight cans, ate 10 packets of crisps and wrote grief is living in my notebook’ – it’s because that’s what happened.”

He adds: “But because people don’t have many places where they hear that, it caused this unintentional theme of mental health running through our show without that ever being the theme.”

“Also I don’t know if it comes from having sisters or being friends with girls at school,” offers James, “but I’m not particularly bothered about talking about my feelings.”

“But for the first three years of our show,” Robins interjects, “Elis didn’t have any emotions and then when he [and comedy actor partner Isy Suttie] gave birth he realised he had a whole emotional landscape.”

James and Robins say they’re proud to be a part of the current “year group” of “incredibly supportive” UK comedians, which includes the likes of Widdicombe, Nish Kumar, Sara Pascoe and James Acaster.

Their new show, which finds them “juggling the respected radio ball” between Adrian Chiles and Kermode and Mayo, could yet feature a cameo or two from some of their funny friends.

“I wouldn’t rule it out,” says Robins cryptically, “We’ve got two contributors providing little audio packages which we’re excited about.”

“All of these features are just designed to give John time to go for a wee,” corrects James, “because he doesn’t have a strong enough bladder to broadcast for two hours.”

Elis James and John Robins are on Radio 5 Live on Fridays from 13:00 BST