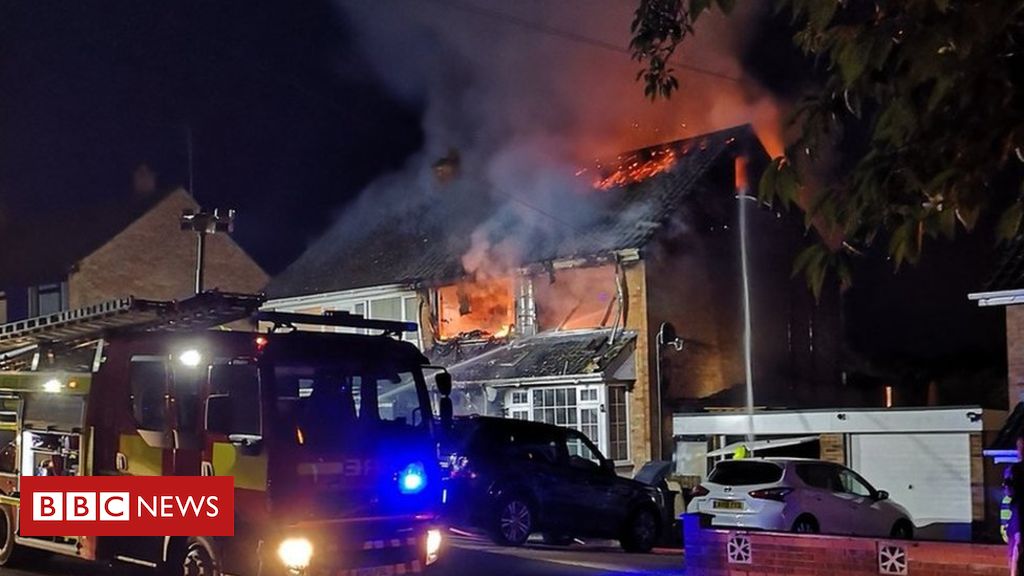 A mother and her three children have been rescued by neighbours from a house fire.

The blaze on Radcliffe Drive, in the Chantry area of Ipswich, is being treated as suspicious, Suffolk Fire and Rescue said.

It began in one of the upstairs rooms and spread to the loft. Crews were called at 03:00 BST.

Witnesses said neighbours used ladders to rescue the woman and her sons, who are being treated in hospital.

“I stuck my head out of the window and saw [the woman] on the side of her roof saying ‘please help I can’t get down, the house is on fire’.

“It was just up in flames, the whole house was orange it was just absolutely awful. I knocked on everyone’s doors.”

Suffolk Fire and Rescue said the blaze was under control but crews remained at the scene.

It added that firefighters managed to stop the flames from spreading to other homes and the mother and three children had been treated in hospital.

“The first attending crews were able to establish that the lady and her three children had managed to get out of the property and we were able to put them in the care of the ambulance service.”