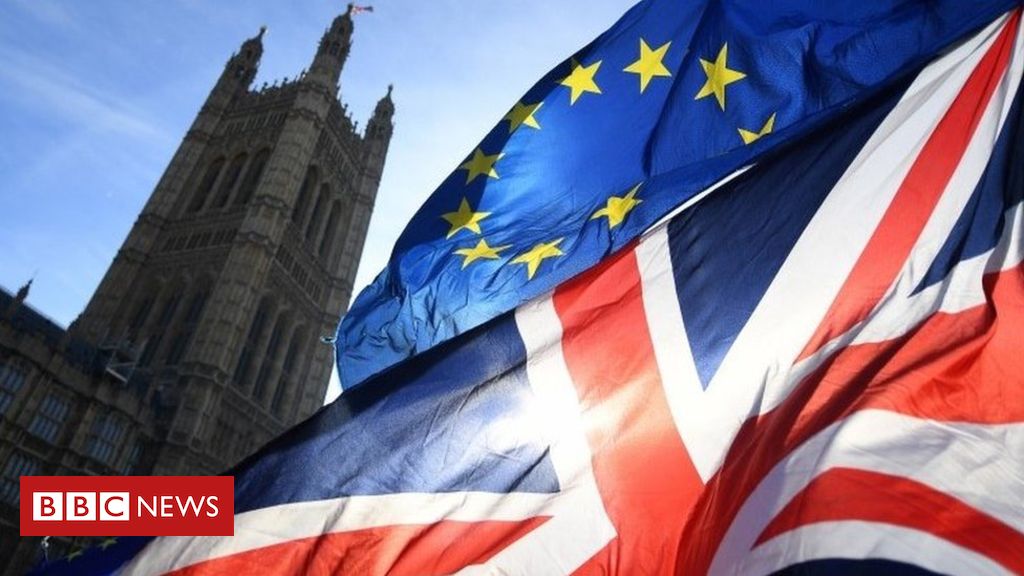 One of the hot topics in the race to succeed Theresa May as prime minister is whether a new leader could make the UK leave the European Union without a deal, against the wishes of MPs.

Even though most MPs oppose a no-deal strategy, some argue the next government could go ahead without the consent of Parliament.

A row broke out on Wednesday after Conservative leadership candidate Dominic Raab said he would be prepared to prorogue Parliament to make sure the UK leaves the EU on 31 October.

At the end of every parliamentary session – which usually lasts around a year and starts with the State Opening of Parliament and a Queen’s Speech – Parliament is “prorogued” by the Queen.

It essentially closes Parliament and ends the process of current legislation until a new session begins. Although it is technically at the Queen’s “command”, in practice it is the government’s decision.

How could it be used to stop MPs forcing the government’s hand?

If a new prime minister is concerned about MPs blocking the UK’s exit from the EU, they could advise the Queen to prorogue Parliament, therefore sending MPs away so that they can’t do anything to scupper Brexit.

It would be unprecedented in modern times to use this power for political reasons, rather than to end a session in preparation for a new Queen’s Speech.

One leadership candidate, Rory Stewart, has said to do so would be “illegal, unconstitutional, undemocratic and it wouldn’t work”.

Without prorogation, can MPs stop no deal?

Some leadership candidates are more relaxed about leaving without a formal deal than others.

Esther McVey has said politicians should “actively embrace” leaving without a deal and doesn’t think Parliament can stop this.

But fellow Conservative MP Ken Clarke rejects this idea, saying it would be a “constitutional outrage” for a prime minister to attempt to leave without a deal against the will of Parliament.

But who is right? Can Parliament step in to block a looming no-deal exit? Or is the power solely in the hands of the new prime minister?

Currently, the default position is that the UK will leave the EU on 31 October. So if nothing changes, Brexit will happen regardless of whether there is a deal or not.

The government controls the timetable in Parliament, so the new PM could avoid opportunities for Parliament to force their hand, just by doing nothing.

This would mean that MPs wanting to block a no deal – perhaps by changing the exit date – would not have the opportunity to force the PM to do anything. But what are the options open to MPs who want to scupper the plans of a leader who is pursuing a no deal?

In March and April this year, a group of MPs took control of the parliamentary timetable, ultimately passing a piece of legislation against the wishes of the government. The new law – dubbed the “Cooper/Letwin Bill” – forced the government to seek a delay to Brexit.

But it would be hard for MPs to do this again.

Backbenchers were able to seize control of Parliament in March by attaching an amendment to a government motion, which was seen as binding by the Speaker of the House, John Bercow.

The motion was legally required after the failed meaningful vote.

This is the argument supported by Ms McVey, who told the BBC’s Victoria Derbyshire programme: “When you bring something forward to the floor of the House, it’s only then things can be amended… and then you can alter the journey and the course. Well, I wouldn’t be bringing back the withdrawal agreement, so there would be nothing you could amend to alter it.”

A vote of no confidence

This is the most straightforward option.

It is a binding motion that would determine whether the current government has the support of MPs. If the PM loses the vote, there would be 14 days for someone to try and form a government. If no government is formed, it is back to the country for a general election.

Any attempt to pass laws would give MPs the opportunity to force the government’s hand and ultimately rule out leaving without a deal. For example, if a minister puts forward a business motion – which sets the timetable for a piece of legislation – an MP could amend it and take control of Parliament on another day, perhaps to pass a bill.

To avoid this, the government might have to decide not to bring any legislation to the Commons between July and October – not even laws that could help prepare for a no-deal scenario.

Backbench MPs – with the help of the Speaker of the House – can force a debate onto the timetable on matters of emergency. These are usually seen as non-binding.

However, Mr Bercow has recently suggested they could be used to force the government to take a particular course of action.

He said in March: “The opportunities are fuller than has traditionally been acknowledged or taken advantage of by Members of the House of Commons.”

Regardless of whether the procedure allows it, a prime minister going against the will of Parliament, and avoiding scrutiny by not bringing anything to Parliament, risks a breakdown of political trust.

This is a point argued by Jack Simson Caird of the Bingham Centre for the Rule of Law, who argues that, even if Parliament cannot stop a leader pursuing a no deal, “realistically, the country is ungovernable if the government decides to completely ignore Parliament”.