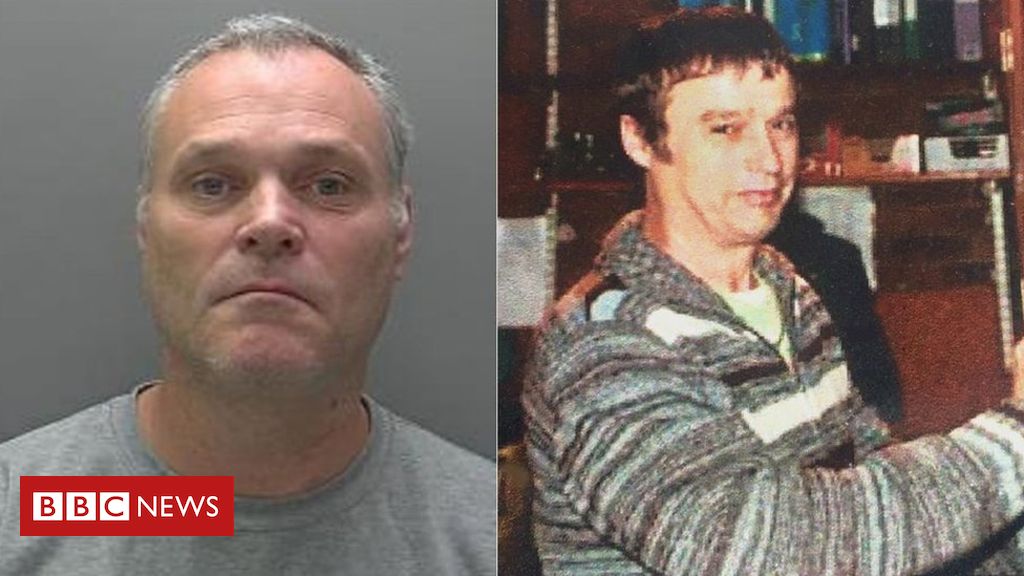 A man who admitted beating his older brother to death in a row over inheritance has been jailed for life.

Richard Martin, 53, was angry his brother John inherited their father’s £500,000 house when he died and believed the will bequeathing the property had been forged.

Martin broke into the property in Hemel Hempstead in June 2018 and bludgeoned his sibling to death.

Judge Richard Foster gave him a minimum term of 18 years in prison.

The brothers, then aged six and eight, had moved into the house in Malmes Croft with their parents William and Jean in 1971, Luton Crown Court heard.

Following the death of their mother in 2012, Richard was asked to leave the house by his father, who later changed his will to leave the property solely to John.

On 9 June 2018, his 53rd birthday, Richard Martin walked from his bedsit in Barley Croft to his brother’s detached property nearby.

“I was going to break in and throw him out. It just came to me that morning, I was just so angry and irate,” he had told the court.

He broke in and used a metal bar and a brick to bludgeon his 55-year-old brother to death.

The electrical engineer then dragged the body out through the patio doors to a garden shed. He later went to the pub and a cinema with a friend.

Police officers found John Martin’s body two days later after concerns were raised when he failed to turn up for a tennis match.

Richard Martin told the officers: “John can’t come because he is dead – I killed him.”

Sentencing him, Judge Foster said he had murdered his brother in “horrific circumstances”.

“The background to this case makes sad reading. It is an example of how money and possessions can be a force for evil when they tear a family apart,” he said.

“In my judgement you have no regrets for what you did – to the contrary, you still seek to justify it.”