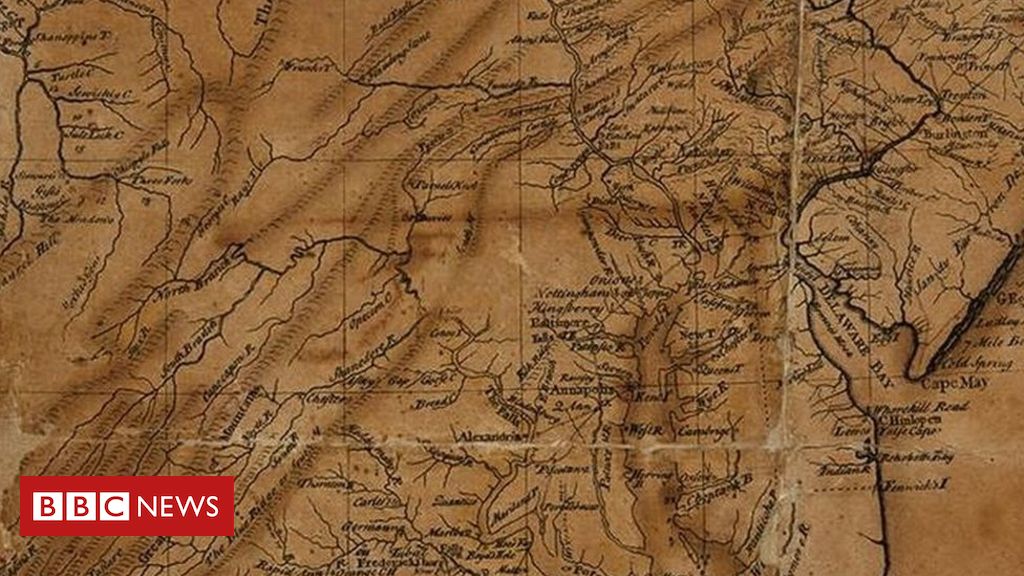 A gallery is auctioning “one of the most important historical maps of the early British colonies in America”.

Drawn up by the Welsh surveyor Lewis Evans, the 1755 chart is said to have set the standard for mapmaking for the next 50 years.

Swann Auction Galleries said: “Rarely, if ever, has a piece of an 18th Century map’s publication story been preserved or offered for sale.”

A specialist assessed the map to be about 75% complete.

Caernarfonshire-born Evans along with his close friend Benjamin Franklin – one of the founding fathers of the United States – covered vast areas of land in his map.

It showed Virginia, Maryland, Delaware, Pennsylvania, New Jersey, New York, Connecticut and Rhode Island, as well as Ohio and parts of what was to become Canada.

His descriptions of land beyond the British frontier into the Ohio territory included great amounts of new information, offering potential settlers the most detailed look at the lands to the west printed on a map.

Specialist Caleb Kiffer said: “This is the maker of an 18th Century American map literally signing off on the work-in-progress printing of his map which would go on to have historic implications 53 days before it was to be a finished product and ready to be officially published June 23rd, 1755.

“This is the kind of item one thinks to be impossible but has had the good fortune to surface and be appreciated by those who would appreciate it.”

The map’s importance was strategic as well as geographic, the map was published in Evans’ Geographical Essays, which the British authorities made extensive use of during the French and Indian War (1754-63).