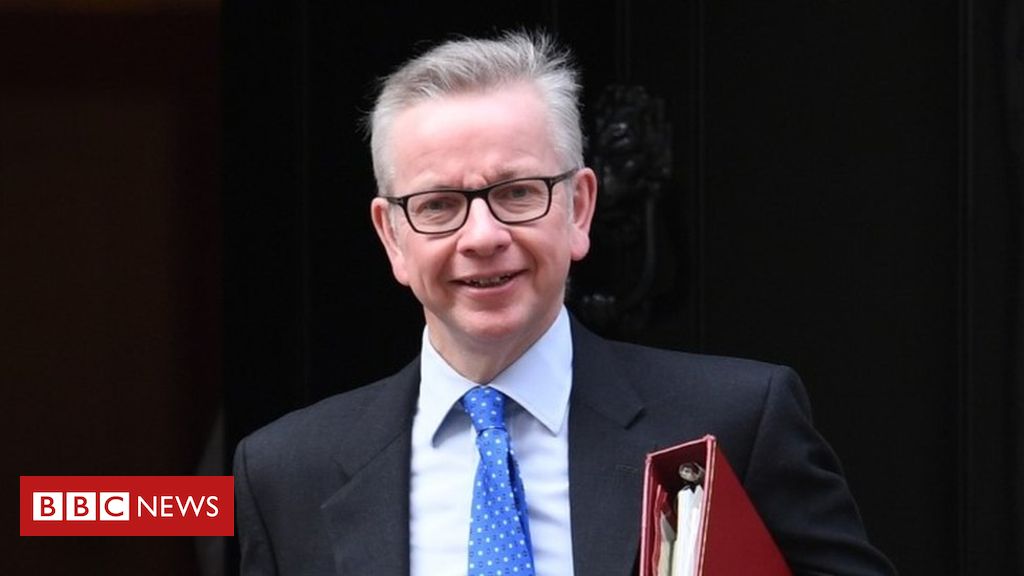 Conservative leadership contender Michael Gove has said he does not regard the UK’s 31 October Brexit deadline as a “fixed date”.

He told an election hustings in Parliament that he was not “wedded to a single date” for leaving the EU.

But he insisted any further delay would be a matter of weeks, not months.

Other candidates, including Boris Johnson and Dominic Raab, insist the UK must leave on 31 October whether it has approved a deal with Brussels or not.

The UK was originally meant to leave on 29 March. That was then pushed back to 12 April and eventually Halloween after Theresa May failed to get MPs to approve her withdrawal agreement.

Eleven Tory candidates are seeking to succeed Mrs May as Tory leader and prime minister, with the winner of the contest to be announced at the end of July.

How the next prime minister gets a Brexit deal through Parliament and whether they would countenance a no-deal exit has been the dominant question of the campaign so far.

Mr Johnson told MPs from the One Nation group of Tories on Tuesday that his party risked “extinction” if it did not deliver on the 2016 leave vote.

Addressing the same audience on Wednesday, Mr Gove – who also backed leave in the referendum – said Brexit had to be implemented in the interests of the “whole country”.

Leaving the EU without a deal and trading with the bloc on World Trade Organisation terms – an outcome favoured by some Tory Brexiteers – would not be “ideal”, he said.

He said he would “be looking for movement” from the EU on the backstop – the controversial insurance policy to keep an open border on the island of Ireland.

George Eustice MP, a supporter of Mr Gove, also talked of a delay of “a few months” – a postponement that would be acceptable if a deal was close.

The EU has said it is willing to consider alternative arrangements to the backstop – which would see the UK remain aligned with EU rules and in the same customs territory – but it must stay in the withdrawal agreement and there can be no time limit or end date.

Mr Gove called for a “public test of ideas” between candidates on Brexit and other issues, saying “the more debates the better”.

He later told a Spectator event that if it “finally comes to a decision between no deal and no Brexit, I will choose no deal” as leaving the EU was a “democratic imperative”.

‘Not May in trousers’

Speaking at the Commons hustings Foreign Secretary Jeremy Hunt said the next PM’s mission must be to bring together Remain and Leave voters through a mixture of “compassionate and radical Conservative” policies.

He talked up his career as an entrepreneur before entering politics, saying he had “been doing deals all my life” and would be able to negotiate properly with other EU leaders.

“I met Macron and Merkel today in Portsmouth and a hardline approach will lead to a hardline response,” he said.

He also ruled out a snap election if elected, saying he was “not Theresa May in trousers”.

Who will replace Theresa May?

The winner of the contest to lead the Conservative Party will become the next prime minister.

Former Brexit Secretary Dominic Raab refused to rule out proroguing Parliament in the weeks leading up to 31 October to prevent MPs blocking a no-deal exit.

“We don’t just need a conviction Brexiteer,” he said. “We need someone who is resolute, but someone who can navigate the rocky path ahead and get Brexit delivered.”

“As Brexit Secretary I looked our EU opposite numbers in the eyes. I know the strengths but also the weaknesses of their positions.”

But Health Secretary Matt Hancock said it was a fantasy to suggest only someone who backed Brexit in the referendum could negotiate the right Brexit deal.

He said the party “needed a leader for the next six years” and someone who could move the conversation on from Brexit if the party was to win the next election.

But Mr Hancock has been accused of a “baseless political attack” after he claimed that if Labour won power, the UK would be electing “the first anti-Semitic leader of a Western nation since the Second World War”.

Labour said the comments “rings hollow from a minister in a party that has supported governments that actively promote anti-Semitic policies in Hungary and Poland, and has spent the week wooing Trump”.