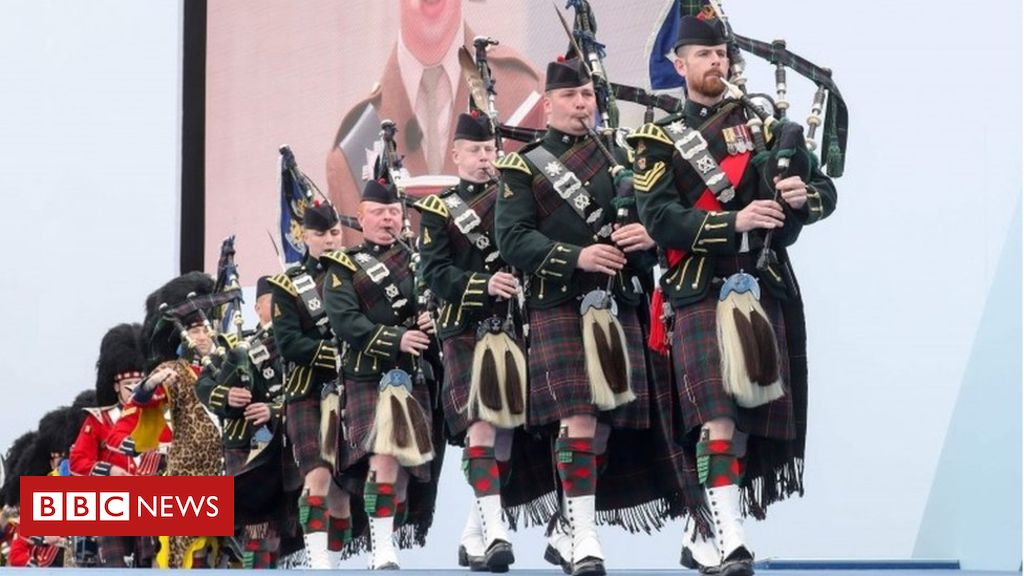 Scots are taking part in the commemorations to mark the 75th anniversary of D-Day.

First Minister Nicola Sturgeon will attend a memorial service at the cathedral in Bayeux, the first city in France to be liberated by the invasion.

Ms Sturgeon will also attend a service at Bayeux War Cemetery, where many of the fallen are buried.

The D-Day landings on 6 June 1944 marked the start of the campaign to liberate Europe from Nazi occupation.

The landings on the beaches of Normandy were the largest seaborne invasion in history and laid the foundations for the Allied victory in World War Two.

By nightfall on the day of the invasion, British units had reached the outskirts of Bayeux and on the following day it was liberated.

Bayeux is also home to the Commonwealth War Graves Commission’s Bayeux War Cemetery that contains the graves of men originally buried on the battlefields and of those who died in military hospitals in the town.

The cemetery was completed in 1952 and is now the final resting place of more than 4,100 Commonwealth servicemen, of whom nearly 340 remain unidentified.

Former Scottish soldiers, all in their 90s, will be part of a 300-strong group of D-Day veterans travelling to Bayeux to join the commemorations, which also include events seven miles away on the coast at Arromanches.

Early in the morning, a lone piper from 19th Regiment Royal Artillery (The Scottish Gunners) will play on a piece of the Mulberry Harbour to mark 75 years since the first British soldier landed ashore.

Meanwhile in Edinburgh, 15 D-Day veterans will be presented with the Knight of the Légion d’Honneur Cross at the French Consulate.

Among them will be D-Day veteran Eric Tandy, who celebrated his 95th birthday in Glenrothes on 26 February.

Mr Tandy, who served with the 7th Battalion The Parachute Regiment, was accidentally dropped behind enemy lines on D-Day.

He tried to make his way back to his own regiment through a minefield only to be captured by the enemy and held half-starved in a prisoner-of-war camp.

Mr Tandy told BBC Scotland that during the early stages of D-Day he had been in an aircraft carrying paratroopers to take part in the famous Pegasus Bridge campaign, whose strategic purpose was to secure river crossings for troops landing on the beaches and to reduce enemy defences.

However, as they were flying towards the bridge a medic on board the plane was hit by anti-aircraft fire.

The delay made Mr Tandy overshoot his jump by 10 miles and he landed beyond German lines and had to try to make his way back.

He was captured by German soldiers and taken to a POW camp.

Mr Tandy said that when he was finally liberated he was “nothing but skin and bone”.

Looking back on D-Day, Mr Tandy said: “I did as much as I could possibly do. For a young lad, I think I did well, quite frankly.”