People who trusted Neil Woodford with their money 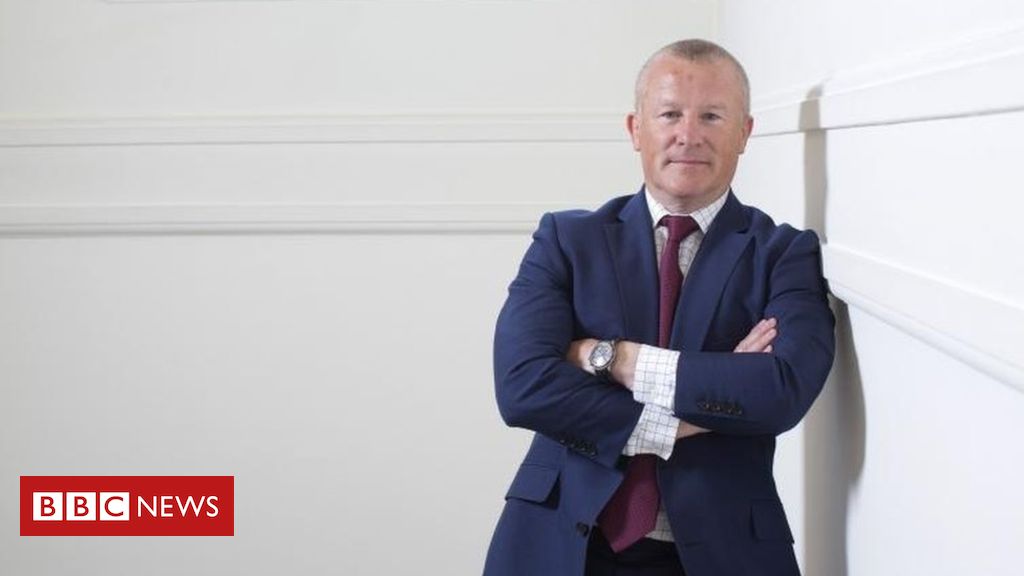 People with pensions and savings invested in Neil Woodford’s now suspended flagship fund have expressed concern over how it was promoted.

Mr Woodford – one of the UK’s most high-profile stockpickers – stopped money going in or out of his Woodford Equity Income Fund earlier in the week after increasing numbers of investors asked for their money back.

Some of those investors would include pension funds, responsible for people’s life savings.

Thousands of individuals also chose the fund for their self-invested pensions or Individual Savings Accounts (Isas), often through fund supermarket Hargreaves Lansdown. The platform has been a cheerleader for Mr Woodford, but some say that went on for too long.

Hargreaves Lansdown’s share price has taken a heavy hit since Tuesday’s announcement, falling another 6% on Wednesday.

Many smaller investors are also questioning whether there were sufficient warnings about the possibility of being locked out of their investment.

‘This isn’t business as usual’

“If it was business as usual, I would not be concerned. Now, I may take some or all of it out and invest elsewhere when I can,” the mechanical engineer from Edinburgh says.

“The bad publicity may mean a drop in value, though.”

He says that all fund managers can suffer a bad year at any time and investors should be prepared for that.

However, the suspension meant this was a different grade of seriousness.

“The fact it had to be blocked is concerning,” he says. “It has shaken my faith.”

‘The situation is frustrating’

Another 32-year-old, Robert Taylor, from London, says he was unaware that a fund could be locked up like this.

“It was not made clear that this could happen. It is frustrating,” he says.

He says there is likely to be a “mad rush” of people withdrawing when the fund reopens, although this simply risked realising a loss.

“I have an Isa regular saver and switched my portfolio to stop investing in Woodford around six months ago. I didn’t sell my stake at the time as I presumed he’d eventually turn it around. This doesn’t look to be the case and now I can’t change my mind,” he says.

Former pensions minister Ros Altmann told the BBC that regulators needed to look at the risk warnings given to investors in general, as it should be made clear that in some circumstances, people would not be able to get money out.

‘I never made any money out of Woodford’

Paul Adams, from Birmingham, says that he sold his stake in the fund “at a heavy loss” just two weeks before the suspension.

“I invested in three of his funds due to his reputation. However, over the years I have seen my investments fall by as much as 33%,” he says.

“I have never made any money out of Woodford.”

He says that fund managers’ reputations can take years to build up, but were quick to fall – and the value was “nosediving”.

He says he was “bemused” as to why Hargreaves Lansdown continued to promote the fund as one of its favourites, in its Wealth 50 list.

Mr Woodford’s funds were only removed from the chart on Monday.

‘I was saving for my grandchildren’

Stuart Evans says that he was already an investor using the Hargreaves Lansdown platform, and studied the Wealth 50 list for ideas for long-term investments to help pay for his grandchildren’s further education in the future.

“As a result, I felt it was a reasonably sound investment,” the 68-year-old says.

“I was looking for something that would not let me down and would grow steadily over the years.”

At its launch of the Woodford fund, a research director at Hargreaves said that Mr Woodford “was one of the finest fund managers of his generation” and he intended to invest in the fund, as did his wife.

There are 1.2 million people on the platform and it continued to promote the fund when it saw a significant downturn.

“We are advocates of long-term investing and think Woodford’s multi-decade track record remains compelling – but we don’t underestimate the disappointment investors must feel with Woodford’s recent performance,” Emma Wall, head of investment analysis at Hargreaves Lansdown, told the BBC.

On Monday, it dropped the Woodford funds off its favourite list. On Wednesday, it bowed to pressure to drop its management fee for Woodford investors.

It is not the only platform which promoted Woodford funds as an investment. Another – St James’s Place – moved away from Woodford funds on Wednesday.