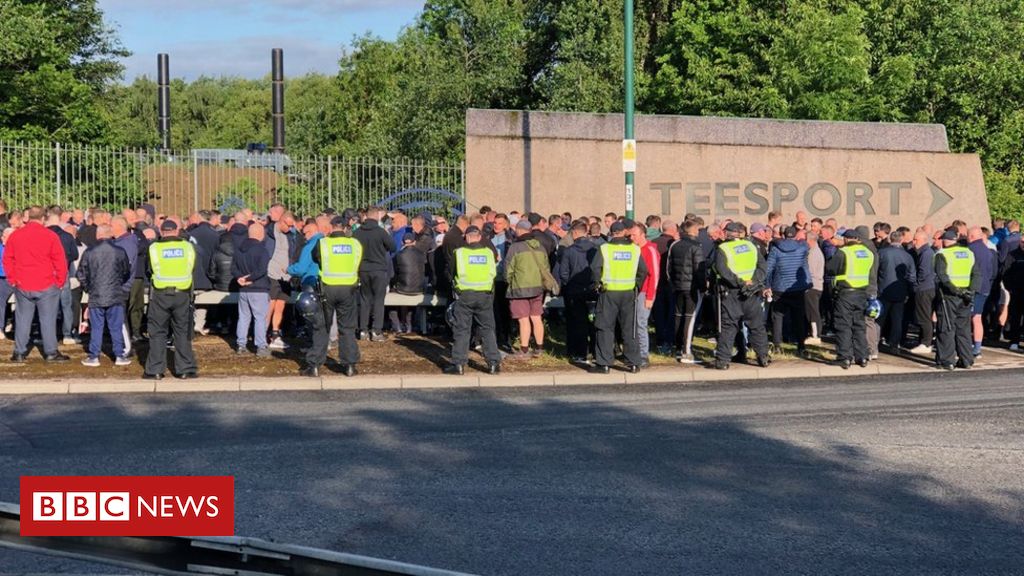 A man has been arrested over a protest which has seen roads blocked outside an energy plant.

Since then workers at the renewable energy plant have periodically blocked Tees Dock Road, which has led to delays on the A66 and surrounding roads.

The 44-year-old was arrested on suspicion of conspiracy to cause a public nuisance.

MGT Teesside confirmed the action started on 28 May.

It referred to the incident which sparked the protests, saying a “suspended load unexpectedly moved during installation” and no-one was hurt.

The area was immediately sealed off and workers inside the boiler were evacuated, it said. The firm did not provide any more details.

The company said once the area was safe the workers were advised to return to work, but they refused.

An MGT spokesperson said “It is very sad that we now have yet another unofficial industrial action on the project. It is not clear what the workers’ demands are.”

It said under the rules of an agreement with the unions, the firm was “not allowed to discuss a resolution to the issues until the workforce returns to work”.

An MGT worker, who wished to remain anonymous, said: “It’s the most unsafe site that I’ve been on.

“These workers are stood here because they want to go home safe to their wives and children, and on this site that is not going to happen because in my opinion, if this is not sorted, there will be someone killed on this job.”

The contractor involved in the dispute rejected claims about safety conditions and said it was ” very disappointed” workers had resorted to protesting.