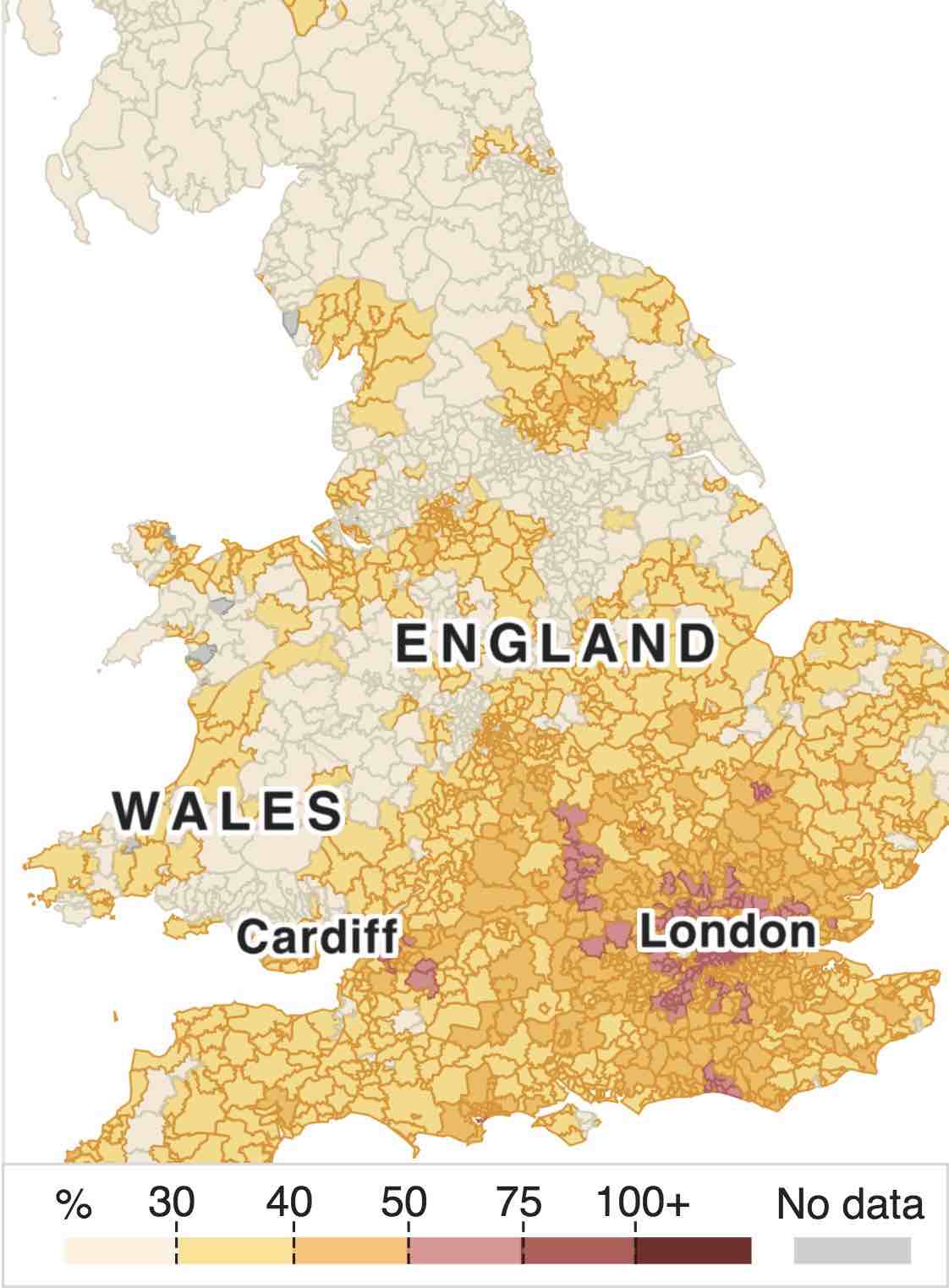 The number of young people in private rented accommodation who moved for a new job has almost halved in 20 years.

Despite the higher wages available, financial incentives for moving are lower, say researchers.

“Pay gains are being swallowed up by high housing costs,” said Lindsay Judge of the Resolution Foundation.

“For young people in particular, there are real advantages to moving when it comes to trying new roles and developing skills – and housing should not be a barrier that prevents them doing this.”

Although unemployment has fallen, the Resolution Foundation found that rents had climbed the fastest in higher-paying areas of the UK.

Today, the financial gain would be a mere 1%.

Housing organisations recommend spending no more than 30% of your salary on rent. The average rent of a 1-bedroom home exceeds this for twenty-somethings in two-thirds of Britain.

Of course, millennials and the so-called “Generation Z” have other reasons for not moving apart from money.

Some people prefer to live near to their parents and friends, while others might find it harder to relocate because of their children.

‘I won’t move to London’

Paul Walker, 26, is an archaeologist living in Nottingham.

“Wages are no longer reflecting the true cost of living, even with the salary being scaled up for London,” he told the BBC.

“There is no way I can pursue my profession anywhere but up North, if I also want to have any savings or a life outside of my job.”

Mr Walker said that although commercial archaeological contractors across the UK offered more attractive salaries than academic institutions and private foundations, the salaries were not enticing enough to make him want to move down South.

“I’d be essentially taking home less money every month, meaning there is zero chance of me ever becoming a home owner,” he added.


Amount of the United Kingdom that has housing you can afford

Search the UK for more details about a local area

You have a big enough deposit and your monthly payments are high enough.
The prices are based on the local market. If there are 100 properties of the right size in an area and they are placed in price order with the cheapest first, the “low-end” of the market will be the 25th property, “mid-priced” is the 50th and “high-end” will be the 75th.