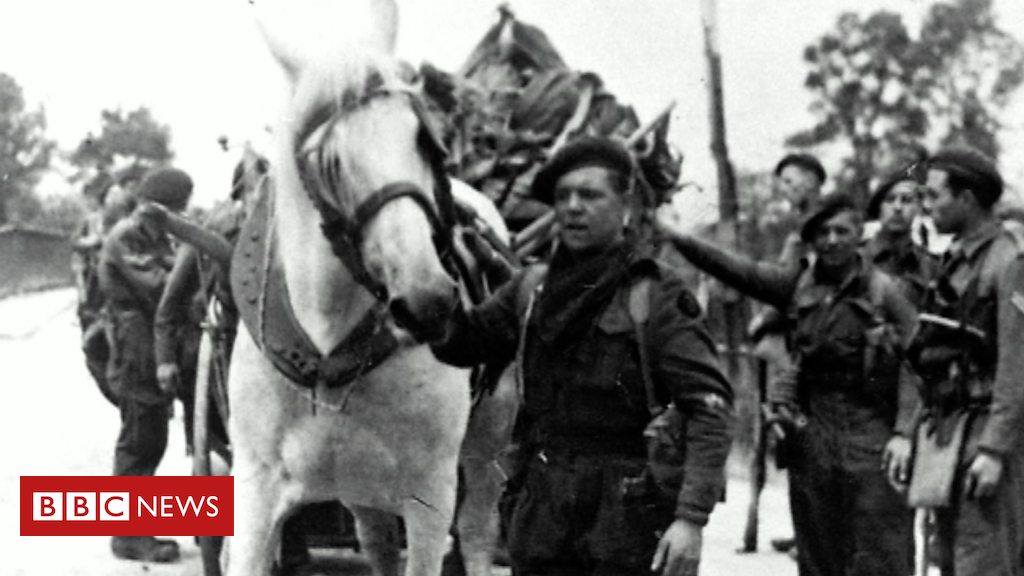 On 6 June 1944, British commandos were fighting their way from the beaches of Normandy further inland, to support troops who had landed in the early hours of the morning.

They had secured the strategically important river crossing of Pegasus Bridge, and as the Germans launched a counter offensive there was a race against time to get reinforcements to the bridge.

Help came from an unlikely source, as commandos with heavy mortar rounds came across a white horse called George, which helped shoulder the burden of their load.

Together they made the hazardous journey to the bridge and were able to secure the river crossing that paved the way for troops to be able to move further into France and ultimately defeat the Nazis.

D-Day veteran Jim Scott, 95, tells the story of George from his home in Chichester, 75 years after setting sail from Warsash, Hampshire, on D-Day.