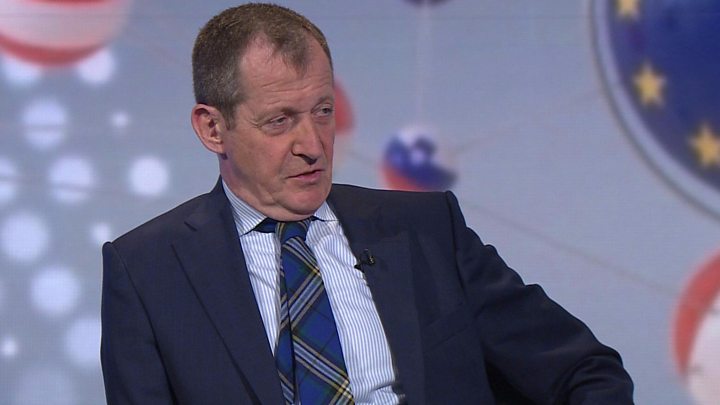 Alastair Campbell says he has hired lawyers to fight against his expulsion from the Labour Party.

Tony Blair’s former spin doctor was kicked out in May after admitting he had voted for the Liberal Democrats in the European elections.

Labour said supporting someone else in a poll led to members being automatically excluded.

Mr Campbell has vowed to fight the decision and said he instructed lawyers “more in sorrow than in anger”.

The Remain campaigner revealed his vote on the BBC’s election results programme, three days after the European ballot had closed,

In the polls, Labour’s share of the vote fell to 14%, while the Lib Dems – who back a further referendum on Brexit – won 20%.

Several senior figures blamed Labour’s nuanced position on Brexit for its losses, with some calling for Jeremy Corbyn to back another referendum to win over Remainers.

Labour’s deputy leader, Tom Watson, called the decision to expel Mr Campbell “spiteful”, arguing the party should be “listening rather than punishing”.

In a series of tweets, Mr Campbell said he had not heard back from Labour since lodging his appeal against the decision.

He wrote: “No acknowledgement. No reply to emails asking for one, and for details of how they intend to handle the ‘review’ announced by Shami Chakrabarti.

“The only communication I have had from the party was a complaint about one of my tweets. More in sorrow than in anger I have now instructed lawyers to take up the case on my behalf, and the party will be hearing from them shortly.”

Mr Campbell appealed to other members who had admitted to not voting for Labour to come forward and say if they had been expelled.

He also thanked MPs who have promised to raise the issue at the next meeting of the Parliamentary Labour Party.

Several other Labour figures have already confirmed they also voted for different parties.

The BBC has contacted the Labour Party for a response to Mr Campbell’s tweets.