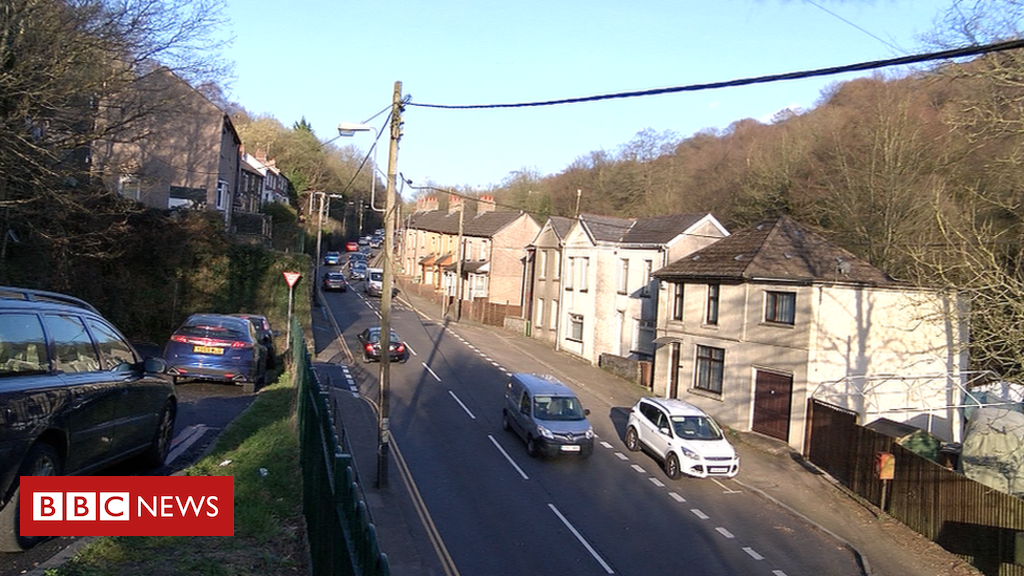 A plan to knock down houses on one of Wales’ most polluted streets has been handed a boost with a funding promise.

Nitrogen dioxide levels on the A472 in Crumlin breach world health rules and have been recorded as the UK’s highest outside central London.

Caerphilly council is consulting on the options but has previously warned it could not afford to fully compensate residents for demolition of properties.

Councillors have now been told the Welsh Government will provide funding.

Buying and demolishing the 23 houses and businesses, which Caerphilly council estimates would cost about £4.5m, would make the authority clean-air compliant with regards to Woodside Terrace by 2023.

An alternative “do minimum” approach, which relies on greener vehicles reducing pollution levels over time, is also being considered.

But the Welsh Government has warned the council that ministers could challenge such an approach, which would meet air guidelines in 2025, two years later than the demolition plan.

However, Eluned Stenner, the cabinet member for environment and public protection, told councillors on Tuesday there had been a “positive change in circumstances”.

She said the Welsh Government had confirmed it would “make adequate funding available for the purchase and demolition of properties should this prove necessary”.

Residents would be likely to get the money needed to buy a new similar property, she added, not just the market values of the houses being demolished, which people claim reflect the impact of pollution.

“This would address cabinet’s previous express concern that residents should not be placed in financial hardship,” Ms Stenner said.

A spokesman for Welsh Government told the Local Democracy Reporting Service: “We have always made it clear that we are committed to supporting the authority in their delivery of the necessary actions to achieve compliance with statutory nitrogen dioxide levels in the shortest timescale possible.”

The consultation closes next week and a decision on which option the council should pursue is due to be made later this month.