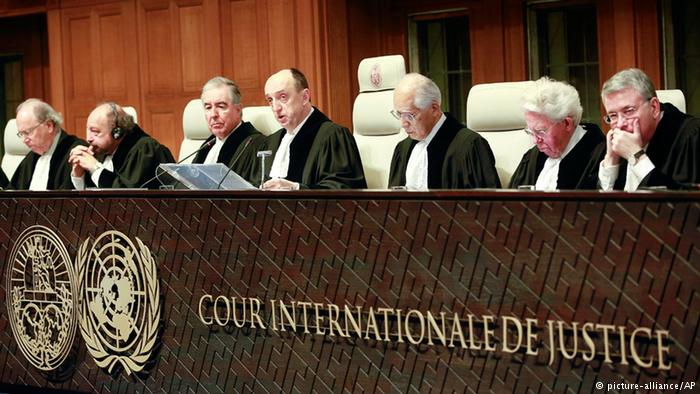 Washington, DC – NIAC President Jamal Abdi issued the following statement after the  ruled that the U.S. must provide licenses for transactions related to medicine, food, civil aviation, and other humanitarian grounds.

“Today’s ruling by the International Court of Justice (ICJ) reflects the consensus of the international community that access to medicine, food, and civil aviation must not be weaponized against an entire people for the political aims of one administration.

“The decision orders the Trump administration to take all necessary steps to ensure that its sanctions do not inhibit trade in humanitarian goods with Iran, including trade in agricultural commodities, medicine and medical devices, and spare parts for civil aviation. The ICJ’s provisional order acknowledges the ‘irreparable harm’ that the Trump administration’s re-imposition of sanctions—in contravention of its obligations under the Joint Comprehensive Plan of Action—could cause to Iran’s people, as the Trump administration prepares to upend Iran’s economy by prohibiting most foreign trade with Iran.

“By virtue of the Court’s order, the Trump administration is now obligated as a matter of international law to take such actions as necessary to ensure trade in humanitarian goods with Iran, including through the issuance of all necessary licenses to guarantee the transfer of funds related to such trade. NIAC urges the Trump administration to adhere to the U.S.’s international law obligations and issue additional license authorizations to ensure that such humanitarian trade is left unaffected by the U.S.’s re-imposition of sanctions. This should include—at a minimum—the institution of a direct banking channel between the U.S. and Iran so that exporters of humanitarian items are able to make and receive payments related to trade in humanitarian goods with Iran. Currently, all payments related to such trade in humanitarian goods must travel through third-country intermediary financial institutions before being received by a U.S. financial institution.”

“Prior to the Joint Plan of Action—the interim deal negotiated between the U.S., other major world powers, and Iran—U.S. sanctions inhibited humanitarian trade with Iran, as exporters were unable to receive payment related to their trade in humanitarian goods. This led to significant shortfalls of medicine and medical devices in Iran, as was routinely reported in the U.S. and foreign press. By re-instituting these same sanctions, the Trump administration risks a return to this era with all its attendant harm to the Iranian people. The Court’s decision should leave the Trump administration with no choice but to take all necessary action to ensure that the Iranian people have access to medicine, medical devices, and safe civil aircraft.

“Iran should also recognize that the foremost advocate of ensuring that sanctions do not block humanitarian goods for the Iranian people, Siamak Namazi, is now languishing in jail in Iran along with his father Baquer in a profound miscarriage of justice. As Iran presses the U.S. to comply with its international obligations, NIAC reiterates its call on Iranian authorities to release the Namazis, Xiyue Wang, other dual nationals and all prisoners of conscience unjustly held in Iran.”