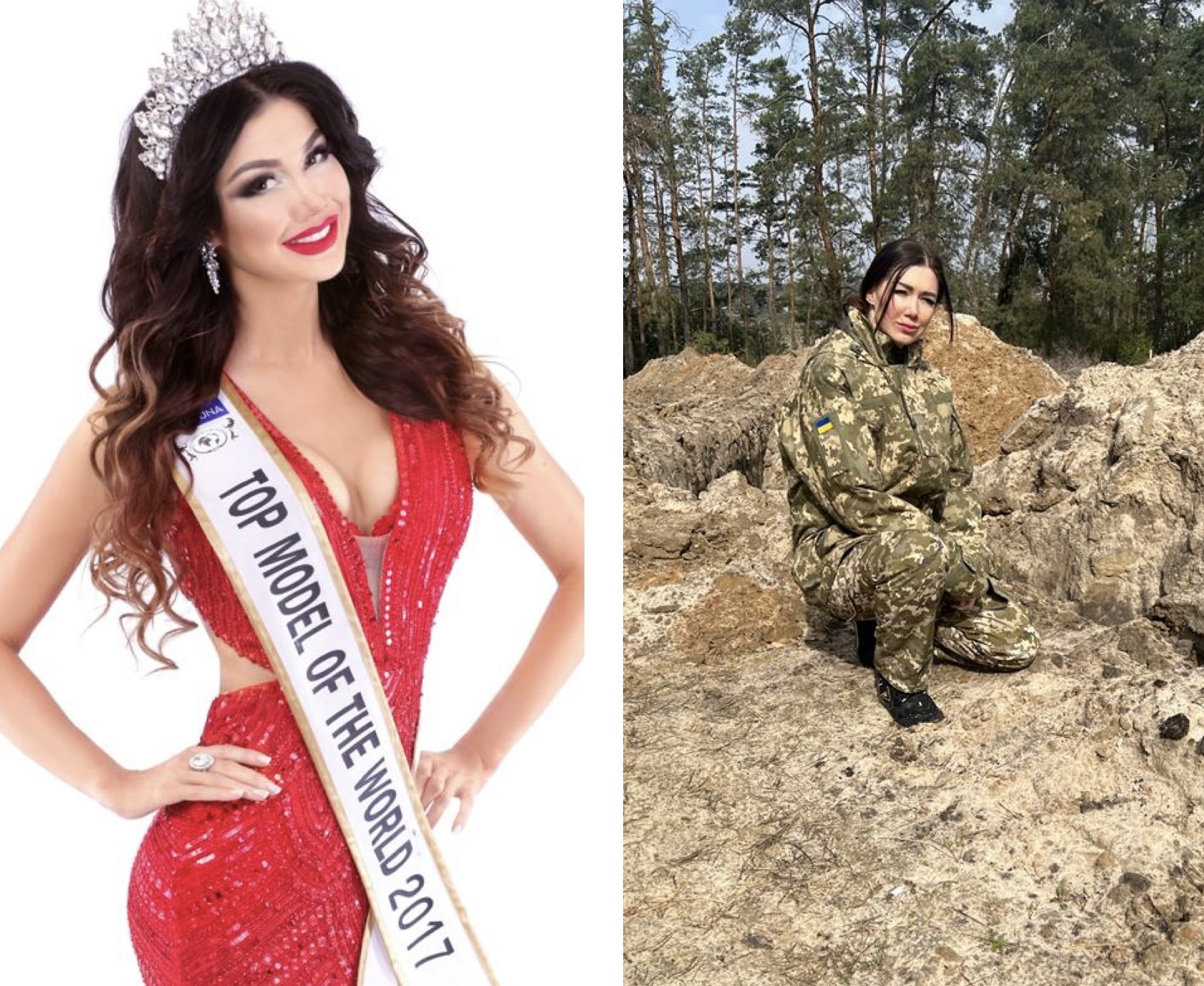 Former Ukrainian Miss Universe Julia Gershun has spent the last three months in tireless humanitarian efforts to evacuate women and children from Ukraine. The UNICEF Goodwill Ambassador and founder of Peace Committee of Ukraine spoke to James Wilson about the urgent priorities ahead.

Before the Russian attack on Ukraine in the early hours of 24 February 2022, Julia Gershun already had several roles. She was the presenter of the television show Cultural Diplomacy and was also known to many for her earlier success as Miss Ukraine, Top Model of the World 2017 and Mrs Universe 2018. She founded a charitable foundation in Ukraine that had been helping children and low income families for seven years, with a focus on developing young talent. Her 2019 parliamentary election campaign was on a platform of “peace, the development and protection of every person”. As the Russian invasion began earlier this year, she felt she must do everything possible to use her contacts and experience to respond to the national humanitarian emergency.

Julia speaks movingly about the beginning of the war. “In the early days I stayed in Kyiv. Of course we spent our nights underground, in difficult circumstances. We would sit there all night, worrying that one of our loved ones somewhere in the city or the country would be killed overnight. In the morning, after the rockets and sirens fell silent, we would emerge above ground and try to make calls to each loved one, anxious to know that they had survived the night. Was I frightened? In those very early days, there was no time to be afraid. You just did what you must in those circumstances. A week in, well you have a choice – become tearful and depressed, or throw yourself into action.”

Action is what Julia chose and it became clear to her that she could be an effective force in helping to mobilise volunteers around the challenge of evacuating those in the worst danger. She had built up many international contacts over the years, not only as Ukraine’s Miss Universe, but also in her role as Goodwill Ambassador for UNICEF and through her Red Cross connections. Those international contacts, from embassies to business leaders and charities, would help her and her team to evacuate women and children out of the worst hot spots of the war.

Julia and her team have already evacuated some thousands women and children, including young people with disabilities, impaired hearing and autism. Many of them have been brought to European countries. In addition, she and her team work with an Israeli field hospital near Lviv, caring for the wounded and providing psychological support to those who have lost their homes and their loved ones. She has also been working to support women and children who have been raped. And now, she is organizing the biggest international forum «Post-trauma of war» where doctors from different countries can give experience to each other and find the most effective solution to this problem.

Following the outbreak of the war in Ukraine, she created the biggest international humanitarian platform, the Peace Committee of Ukraine, and is now establishing cooperation with more than 40 countries in the world, including the United Kingdom, France, Austria, Germany, Israel, Switzerland, Italy, Denmark, Sweden, Norway, Spain, Poland, Czech Republic, Belgium, the United States and the United Arab Emirates. A current priority is helping mothers, including those who are pregnant and need psychological, medical or physical assistance, from the management of pregnancy to delivery in European clinics. Children are also targeted, from a program to evacuate orphanages, orphans and large families, to help in obtaining education abroad. The charity is bolstered by its representatives in the main Ukrainian cities, a team of more than 50 people who help select and identify the cases to be handled. The European arm of Julia’s humanitarian platform, the Peace Committee, has recently been launched in France.

The sheer number of people who need help and the severity of their problems can seem overwhelming. Julia explains: “By evacuating children and women from hot spots every day, we are dealing with thousands of broken lives every time. Someone who has lost their home, their husband, their brother, their son or daughter, the women who have been raped, who have no will to live, mentally and physically traumatised… it is totally impossible to count the number of cases.”

When asked about the responses from different countries, Julia notes that Israel has been very effective with medical assistance, not only with the field hospital, but also in receiving children that she brought to Tel Aviv for urgent medical care and rehabilitation to help them walk again. She also comments on the impressive warmth that Polish citizens have shown in their welcome to Ukrainians fleeing the conflict and the way that countries such as France have welcomed Ukrainians with emergency measures to find housing and work, as well as schooling for children, in order to help them integrate until peace returns.

She is not afraid to keep pushing the international community to do more. While she praised the UK’s military support for Ukraine, she would also like to see a more pragmatic visa system, explaining that children in such urgent situations cannot wait through lengthy processes. She recently visited London where she had a very productive meeting on the topic with Lord Harrington, the UK’s minister for Refugees. “I have a voice and I am definitely going to use it to help my fellow Ukrainians who are in dire need, and now we can see a first result, UK governmentwill let in unaccompanied Ukrainian children.” she said.

An area where she would like urgent European intervention is more than 3000 Ukrainian children who are thought to have been kidnapped and taken to Russian without their parents. “We simply have to get them back. This is such a terrible situation and there is no question we need help to get these children home to Ukraine.”

She reflects on the fact that this will likely be a long war and that needs will evolve. “We know that jobs and housing will really be needed. Ukrainians are very hard-working and have many skills to offer, from the IT sector to the beauty industry. They are capable of making a great contribution to the countries where they temporarily reside. But they need platforms to help them access work.”

In terms of her charitable foundation, she envisages a two-pronged approach in the future. “We must continue to respond to the urgent humanitarian need. But of course we must also have our eye on diplomacy, on bringing an end to this war. The humanitarian catastrophe is the symptom, but the root cause is Russian aggression and that needs to end.”

What does she think about the decision of the European commission to allow the candidate status to Ukraine to join the EU?  “I welcome it of course and I want to tell thanks to all EU state members agreed to give to Ukraine the candidate status to the EU. Because It’s an important step to belong definitely to the European family and that will protect us against the Russian invasion. But the real question is how long will it take to move from candidate status to member status? That information could have a huge impact in terms of diplomacy. But mostly I am thinking about the help we need to bring this war to an end and to save our territorial integrity. We truly do not want to lose our territory. Ukraine doesn’t want to be swallowed up by Russia. And we know our European friends appreciate that whilst we may be the frontline, the need to end Russian aggression affects all European countries. No one believes that the Russian government will stop at Ukraine. Given any chance, they would go further.”

As our conversation comes to a close, we discuss the sad irony that, while she has evacuated more than 1500 people from Ukraine, Julia’s own family are still in Dnipro. He brother, 30, and father, 59, are of military age and so are serving inside Ukraine. Her mother, 53, refuses to leave Ukraine while her son and husband remain, she is doctor and cures injured people in hospitals. Julia explains: “It’s very difficult when you evacuate people and help everybody but your family stay in Ukraine, I pray for them every day.”

Julia ends on a touching and hopeful note. “The youngest person I evacuated was a ten day old baby boy called Mark. He was evacuated to Sweden and we were invited to a meeting at the Swedish parliament. I could not help but wonder what life will hold in store for this little baby boy – imagine being inside a parliament when you are just ten days old! It seems clear his life will be an interesting and meaningful one. Whatever the horrors these Ukrainian children are born into, I have a strong faith in them that they will go on to do extraordinary things. They have already shown their heroism.”