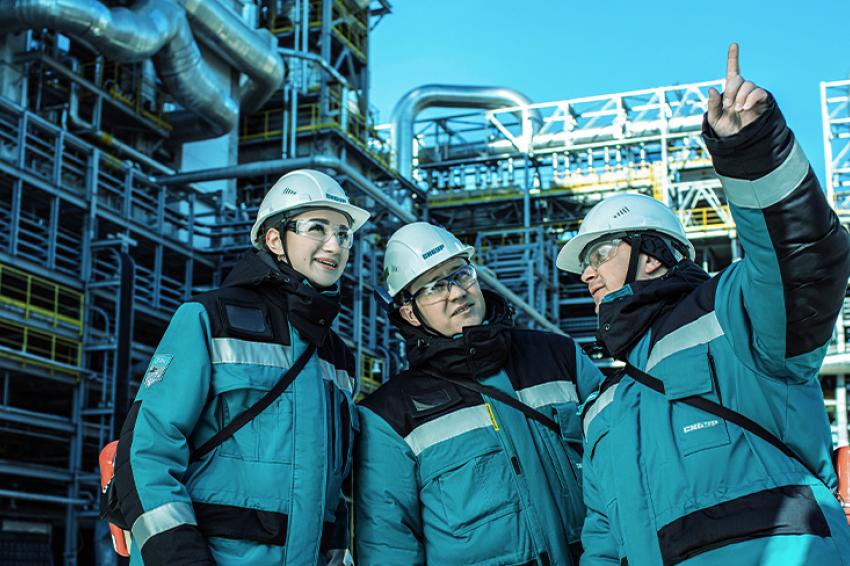 Prior to the start of its armed actions against Ukraine, Russia — the world’s fourth largest greenhouse gas emitter — had been gradually moving towards a reduction of CO2 emissions. Last year, the government approved a plan to reach carbon neutrality by 2060. Two dozen of Russia’s largest industrial companies held ESG ratings from global agencies, including S&P and Sustainalytics, and had been improving their scores every year in line with long-term strategies.

A lot of these plans may now face problems. Russian companies significantly relied on supplies of European equipment to upgrade towards more environmentally friendly technology, and this supply chain has now been disrupted. Companies including aluminium producer Rusal and iron ore miner Metalloinvest may delay their ESG projects because of this, Bloomberg News reported last month.

In the absence of imported electronic sensors, Russia even temporarily reduced standards for cars and trucks, according to Kommersant daily. Over a “special period” — April through December 2022 — the government will allow automakers to halt production of Euro-5 vehicles and make Euro-0 instead, which refers to the environment standard used in Europe and the U.S. prior to 1992.

Given the size of Russia’s economy, its reliance on commodities and the risk of technological degradation due to trade restrictions, it’s crucial for the country to maintain its focus on ESG — even now, despite the fact that investors’ appetite for the country’s assets has plunged, and only a few domestic companies may be able to maintain their international listings. Fortunately, leading Russian companies are so far sticking to their ESG commitments despite the geopolitical upheaval.

Sibur, the country’s leading petrochemical producer, has been in the vanguard of ESG initiatives and is on track to achieve its ambitious targets. The company plans to use 100,000 tonnes of recycled polymer waste by 2025 to produce green PET granules. Sibur also plans a five-fold increase in the share of green energy used in its production and aims to make at least one of its production facilities carbon neutral by 2025. Last year, Sibur launched a net-zero collaboration platform with international companies and the World Economic Forum to coordinate climate change responses.

These initiatives are largely the merit of CEO Dmitry Konov, who holds an MBA from Switzerland’s IMD Business School and has headed Sibur for the last 15 years. Under his management, Sibur has invested $21 billion into new production facilities and has grown into one of the world’s major plastic producers, comparable with BASF and LyondellBasell. Konov had to cede the CEO role after the EU imposed personal sanctions against him in March, despite Sibur not being state-owned and Konov himself being an independent top executive.

Severstal, Russia’s most profitable steelmaker owned by billionaire Alexey Mordashov, said recently it will also keep its focus on sustainability. The company has prioritised decarbonisation, improving air quality and helping regional development, saying it paid attention to ESG “not solely for the sake of capital markets.” Severstal has earlier planned to cut greenhouse gas emissions by 10% by 2030. It also supplies special kinds of steel for solar and wind energy projects and is developing steel pipes for hydrogen transportation. Another steelmaker – Viktor Rashnikov’s MMK – has leveraged a number of advanced technologies, including a machine vision-powered gas leakage detection system, to monitor and reduce emissions in line with its 2025 environmental targets.

Nornickel, Russia’s largest producer of nickel and palladium, continues to implement its $4.3 billion programme to cut sulphur dioxide emissions at its production facilities in the Arctic by 95% by 2030. The necessary equipment, which is mostly produced in Russia, is currently being shipped to the company. While Nornickel doesn’t exclude difficulties with receiving imported equipment, it’s committed to fulfilling its plans and improving the air quality in the cities where it operates.

While it was international investors, banks and rating agencies who initially pushed the ESG agenda in Russia, sustainability has now become a central focus for large and responsible domestic companies. Either way, cutting harmful emissions to combat climate change is a global challenge that must be addressed collectively — and must especially include major industrial players like Russia. Despite political tensions and economic restrictions, it’s crucial that the global economy maintains ESG ties with Russian business.