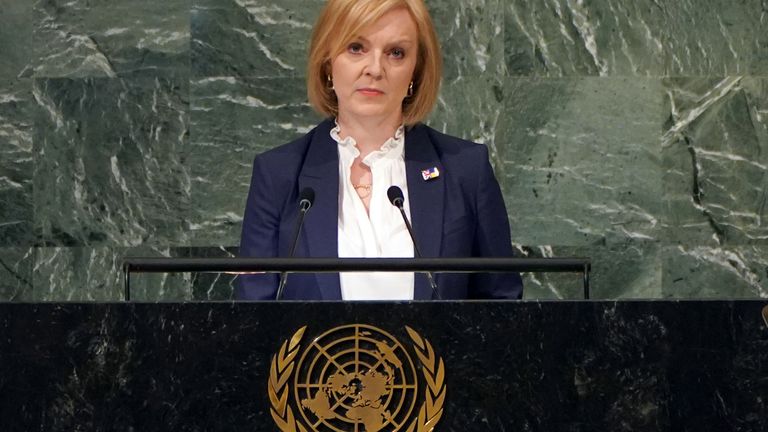 During a major speech made in Moscow, Russia’s president criticized the former British prime minister.

He claimed that she was “a bit out of her element” and that he had “never spoken proactively about the possibility of Russia using nuclear weapons.”

He said, “We only hinted at statements made by Western leaders.”

In September, Ms Truss called President Putin’s threat to use nuclear weapons “sabre-rattling” during her speech to the UN General Assembly.

During a live, televised discussion in Moscow on Thursday Mr Putin also accused West of playing a “dangerous and dirty game” in Ukraine. He warned that the time of Western dominance was over.

The discussion was titled A Post-Hegemonic World – Justice and Security for Everyone.

He stated that “we weren’t the ones who organized a coup in Ukraine.” We are not the ones responsible for it.

He said, “It’s not the West that has brought us to this point.” “I advocate democratic relations.”

The man said to the crowd that he would not accept what the rest of his world told him to do.

He used the term “special-military operation” repeatedly to describe the war. But he also warned that “he who sows the wind, will reap it.”

On 24 February, Putin sent troops into Ukraine. He has claimed that Washington and its allies are trying to force a rules-based order in the world. This is something he strongly rejects.

He said that he tried to establish relations with NATO and the West to make friends, but the West imposes sanctions on those who don’t want to be their slaves.

As he spoke, China declared that it was open to deepening its relations with Russia and stated that any attempt to stop the two countries from moving forward would not succeed.

Putin replied by saying that Russia’s relations were at an “unprecedented” level with China and he called President Xi Jinping a close friend.