Last week, Prime Minister Hassan Diab of Lebanon launched an extraordinary attack on Riad Salameh, the Governor of Lebanon’s Central Bank. On Wednesday, Mr Salameh hit back and highlighted the sustained campaign against him. The Financial Times characterised the dispute as a “feud” and a “public fight”. But the truth is that the campaign against Mr Salameh runs much deeper. Behind it is a sinister attempt by Iran-backed Shi’ite group Hezbollah to oust Mr Salameh, using their ally Prime Minister Hassan Diab as their mouthpiece. 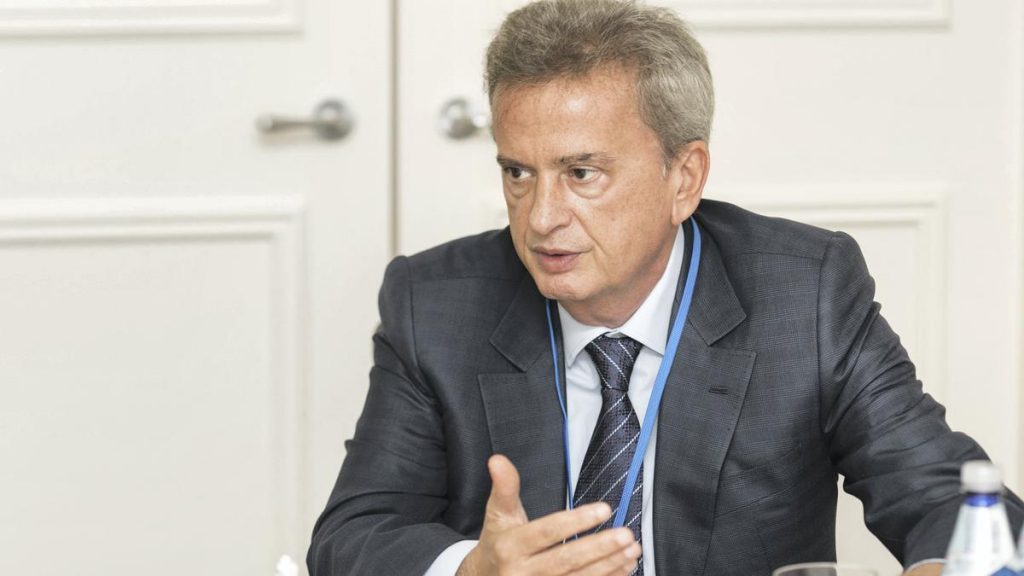 Mr Salameh spoke up this week to remind the Prime Minister of the bank’s transparency and also the need for the bank to retain its independence. Mr Salemeh is one of the world’s longest serving bank governors and has been credited with keeping Lebanese currency stable in the two decades leading up to the current crisis and also praised for shoring up Lebanon’s banking sector using his “financial engineering” techniques.

French economist Nicolas Bouzou, writing recently in the newspaper Les Echos , praised Mr Salameh’s leadership at the bank during what is a undoubtedly a challenging time for the country: “As for the Central Bank of Lebanon, it is the stable point in a country in convulsion. Led by the serious Riad Salameh, the bank was at the heart of the tumult and managed to maintain the fixed parity of the currency with the dollar and its measures made it possible to ensure that the incoming financial flows to the country were not interrupted, which is essential to finance the current account deficit and the public deficit.”

To understand why the attack by Mr Diab on Mr Salameh was quite so vehement, it is important to see the political context in Lebanon. Mr Diab’s premiership is backed by the militant group Hezbollah and their ally Gebran Bassil, the former Foreign Minister and President of the Christian Free Patriotic Movement (FPM). With Hezbollah-backed Mr Diab’s attacks on the Central Bank’s governor, it is clear that Hezbollah are also extending their reach into the economic and financial zone, no longer content with their influence having a stranglehold on Lebanese politics.

Mona Alami, Senior Fellow at the Atlantic Council, explains: “Hezbollah has been working for years on integrating itself into the Lebanese state… Traditionally, Hezbollah members have shied away from sensitive government positions, with its members handling agriculture, youth, industry, and more recently, health. Despite its political caution, the group has direct influence on essential institutions from security to foreign policy.

A telltale sign that the attacks on Mr Salameh are initiated by Hezbollah is that the Hezbollah-affiliated newspaper Al-Akbar immediately had negative headlines about the governor on their website and their ally Gebran Bassil also echoed much of Mr Diab’s criticism of Mr Salameh, a sure sign for many Lebanon observers that the Bassil-Hezbollah alliance is behind the attacks on the governor of the Central Bank.

There is also international concern that the attacks on Mr Salameh are likely motivated by his unwillingness to let Hezbollah evade the international sanctions against them. He is known, according to an insider at one Western embassy, to have “played things by the book as far as sanctions against Hezbollah are concerned. He did not let them get away with anything. The international community appreciates his steadfastness on that, but we can be sure Hezbollah does not. Of course they want him out, so they can get somebody into that role who is a little more sympathetic to them.” Hezbollah’s irritation over Mr Salameh’s cooperation with the international community and USA on the sanctions and anti-money-laundering initiatives is very likely to have been a factor.

The fact remains that Lebanon is floundering under its worst economic crisis in decades. The financial pain is compounded now by the Coronavirus lockdown measures. The country is at a critical crossroads, having defaulted on 90 billion US Dollars of debt in March. It is therefore a time when the Central Bank needs to be allowed to do its job without fear of politicised attack. It is also a moment for Lebanon to consider how long it wishes to have its chances of recovery impeded by the influence of Hezbollah.