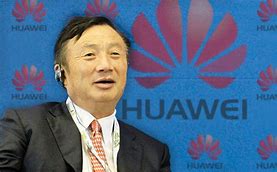 Chinese tech titan Huawei could be hiring hundreds of “genius youngsters” to make it the most advanced company in the world.

Huawei’s founder Ren Zhengfei wants to recruit up to 30 whizz-kids this year – then ten times as many the following year.

The 74-year-old billionaire said: “In the next three to five years, I believe our company will have a brand-new outlook and composition. We must win the ‘war’.”

Mr Ren’s comments were revealed in an email sent to all Huawei employees.

The email added: “Huawei should drag the world forward into the future and create its own standard.

“So long as we become the most advanced company in the world, we will become the standard and the others will draw close to us.”

Mr Ren is said to have described the young geniuses as “eels” – able to penetrate his company’s structure and ignite teams.

It’s reported he delivered the same speech to his executive management team.

The tough talk came just nine days before the U.S. and China agreed a temporary halt in a damaging trade war between the two countries.

Washington believes Huawei’s technology could be used by the Chinese to spy on the homeland.

That ban was lifted at the G20 summit in Japan.

Britain has agreed to let Huawei built part of the country’s 5G network but is coming under increased pressure to change its mind.