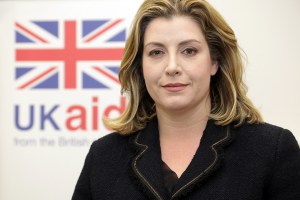 In one generation, we have seen a billion people lifted out of poverty. That is almost one in eight of the world’s population, whose lives have been transformed by growing trade and industry, which has created jobs so people can stand on their own two feet.

Trade has the power to drive growth, jobs and opportunities – it is an essential tool in the fight against extreme poverty and insecurity, the delivery of the Global Goals aimed at ensuring a better future, and an end to reliance on aid.

We want nations to move from aid to trade and as part of our new development offer, we are building economies, breaking down the barriers to trade and unlocking investment for emerging markets.

Around three-quarters of Commonwealth states are middle or lower income countries and they stand to benefit from a greater focus on trade and growth.

The Commonwealth is a true melting pot of countries, cultures and communities. It represents a third of the world’s population, and its majority are young people under 30. We have shared history, values and institutions – and we are working towards a shared future for the next generation.

Our unique opportunity, to pursue greater mutual prosperity and trade that is fair and open to all, means the Commonwealth is more relevant today than ever before. And this is firmly in our interests too as champions of free trade, with opportunities to forge new, and deepen existing trading relationships, which will bring benefit to both businesses and consumers in the UK.

Forty-four of our 52 Commonwealth partners benefit from development-friendly preferential access to the UK market. Our first priority is to deliver continuity in these trading arrangements as we leave the EU, providing the current level of unilateral market access – including maintaining duty-free, quota-free access for the world’s least developed countries.

As part of this we want to transition our Economic Partnership Agreements. Covering 30 countries – 24 of which are Commonwealth members spread across Africa, the Pacific islands and the Caribbean – these are trade agreements with a clear development focus.

We know how crucial it is that these trading relationships are not disrupted – and in March we reached an agreement with the EU to provide continuity for trading partners during the Implementation Period.

But this is not the limit of our ambition. When we have left the EU we will look to see how we can improve upon these trade arrangements for our mutual benefit.

Indeed, these arrangements provide the strongest foundation to ensure the whole Commonwealth benefits from the fruits of free trade.

The relationship between trade, industry, prosperity, jobs and wealth is well-documented. According to the World Bank, the three decades between 1981 and 2010 witnessed the single greatest decrease in material deprivation in human history.

This is because trade is crucially about people – from entrepreneurs, to the people they hire and the families they support. The Commonwealth Heads of Government Meeting this week provides the opportunity for us to set out how we will work across the Commonwealth to promote trade as a driver of individual, regional and international prosperity.

Today the Prime Minister will launch two programmes to boost trade within the Commonwealth. Helping countries implement the World Trade Organisation’s landmark Trade Facilitation Agreement that could boost global trade by up to $1 trillion, and the Commonwealth Standards Network that will help countries to increase trade flows through greater use of a shared language of international standards.

These programmes will ease trade across borders, and support developing countries to produce goods and services to existing internationally recognised standards – helping them sell to new markets, creating thousands of jobs and lifting yet more people out of poverty.

We must ensure that no one is left behind – that the potential contribution of women and girls are realised – if we are to achieve sustainable growth that is genuinely inclusive and reaches all corners of societies.

Today marks the beginning of a new and ambitious Commonwealth approach to improving women’s access to jobs, business and trade opportunities, with the UK-backed launch of the International Trade Centre’s (ITC) She Trades Commonwealth programme. This will provide Commonwealth governments with the data they need to identify and improve opportunities for women – and help female entrepreneurs to start trading.

We are all stronger when the world is more prosperous. This week alone, up to £1.5 billion worth of contracts will be signed between UK and Commonwealth countries – from Antigua to Zambia, covering deals in healthcare, food and drink and digital. This is good for our Commonwealth partners, but it’s good for British companies too.

The Commonwealth Heads of Government Meeting marks the beginning of a new approach to inclusive trade, development and prosperity – and one that consigns extreme poverty to the history books.