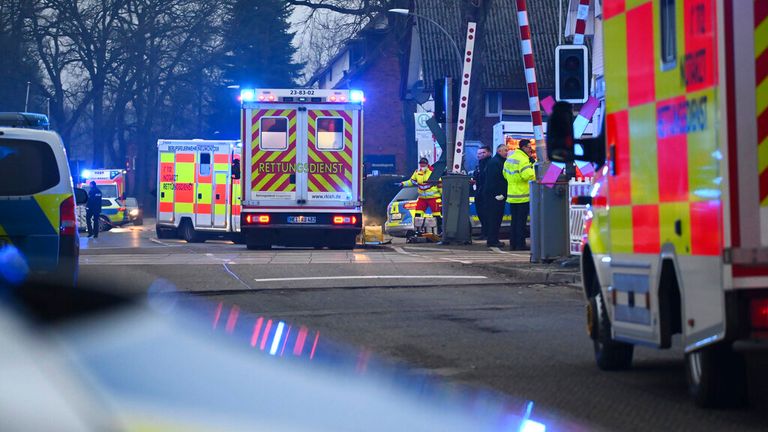 According to media reports, two people were killed in a knife attack against a train in Germany.

German news agency dpa reported that a man stabbed many people aboard a train traveling from Kiel to Hamburg.

A suspect was arrested by officers shortly after the attack, which Bild reported occurred at Brokstedt station in northern Germany.

Juergen Henningsen, a police spokesperson, stated that three people sustained severe injuries and four suffered minor injuries. However, no other details were provided about the identities of the victims.

The attacker was also taken to hospital after being injured. Police said that he was between 20 and 30 years old, but did not provide any additional information.

Federal police spokespeople in the northern state Schleswig-Holstein confirmed that there was a knifeattack and that there were casualties. Police also stated that an initial investigation had revealed seven injuries.

Sabine SuetterlinWaack, Interior Minister of Schleswig–Holstein State, later stated that two people were killed in the attack. The attack occurred at approximately 3pm local time according to dpa.

“It’s terrible,” Ms SuetterlinWaack said to NDR, a German public broadcaster. “We are shocked, and horrified at the events of this nature.”

Brokstedt train station was shut down for several hours while federal and regional police arrived on the scene. NDR reported that the prosecutor was investigating the attack.

The suspect’s identity has not been revealed by police, but they have said that an investigation is underway to determine his motives.