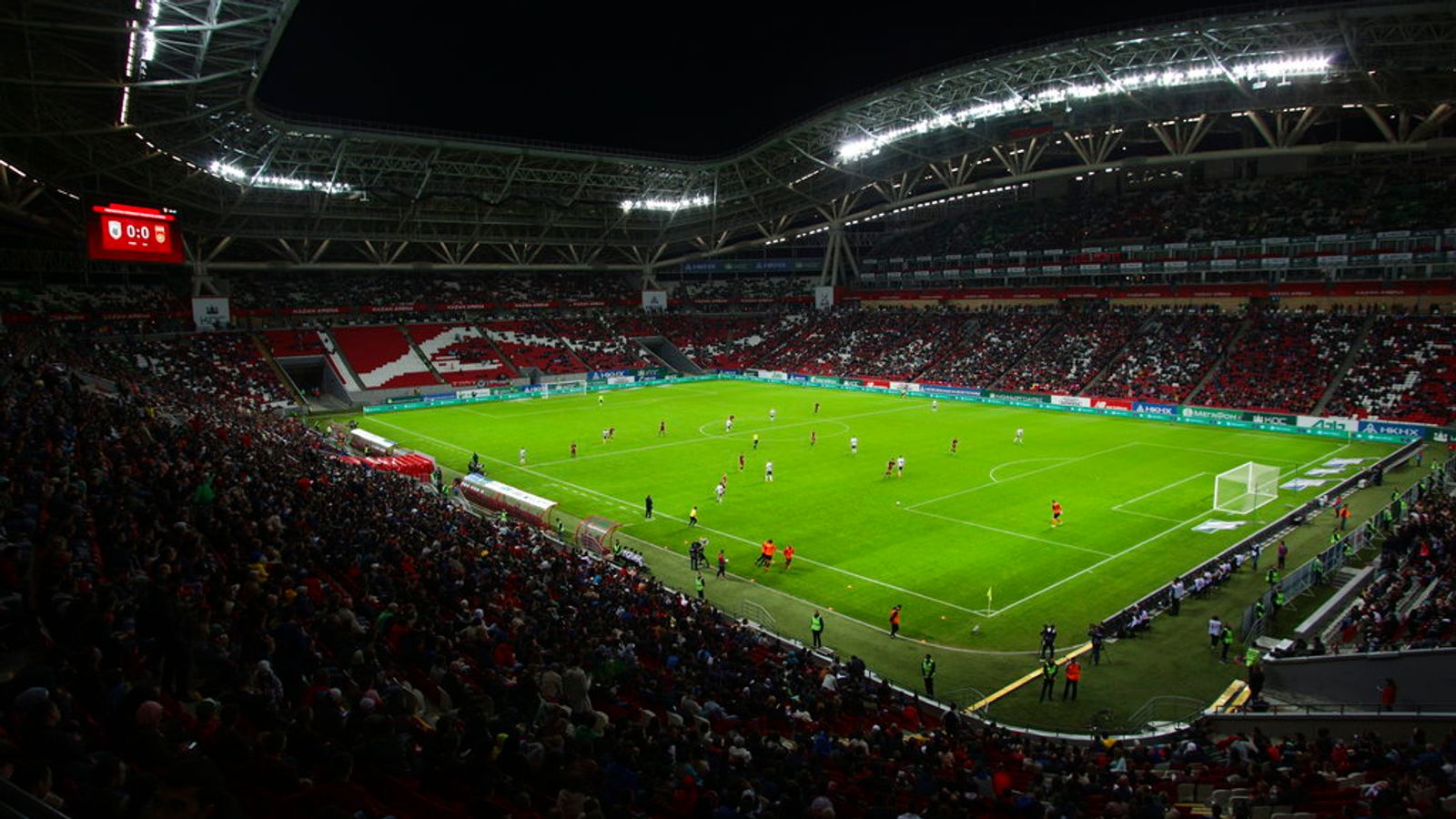 Sky News reports that Russian football teams will continue to be banned from European competitions while the war against Ukraine continues.

Russia will also be stripped of hosting UEFA Super Cup – the highlight men’s game between Champions League and Europa League winners – that was to have been held in Kazan in August.

Russian state media reported that officials of the Russian Football Union wanted to use the meeting for discussions about the return of clubs to international tournaments.

However, it is understood that UEFA will not allow the return of Russian teams at this time.

UEFA wants to discuss the current state of Russian football, and the domestic situation – in preparation for when teams can return to their competitions if war ceases.

UEFA – together with FIFA – suspended Russian team last February, until further notice, within seven days of the full-scale invasion of Ukraine being launched.

After appeals by RFU and clubs, the Court of Arbitration for Sport backed the decisions in July.

Russia was therefore banned from qualifying for the men’s World Cup or competing in the women’s European Championship last season.

Russia is also not allowed to qualify for the 2024 European Championship men’s.

UEFA is looking for a new host to host its August Super Cup match. Kazan will be removed from the prestigious tournament. This follows the Saint Petersburg final of the men’s Champions League.

Russia hosted the 2018 FIFA World Cup. Russia has suggested that it might try to join the Asian Football Confederation and leave European football.