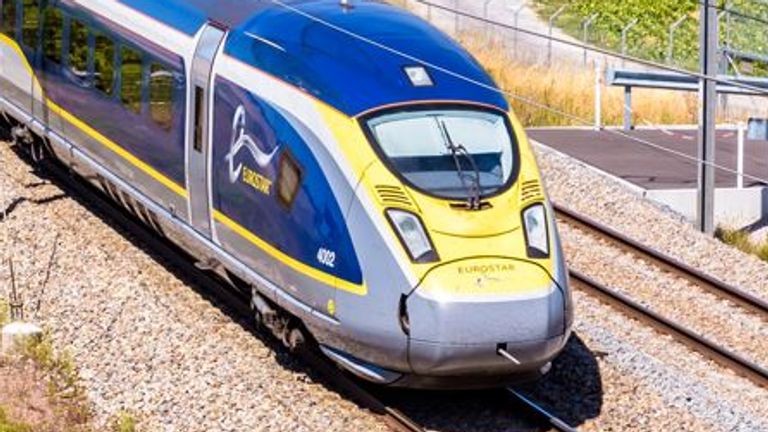 The company admits that hundreds of Eurostar seats from London to Europe are being deliberately left unsold in order to ensure that there are no queues at stations.

It takes almost 30% longer to process passengers departing St Pancras International due to a reduction in border officers than it did before Brexit and the pandemic.

The post-Brexit requirement that UK passports be stamped for outbound travel is another factor contributing to the delay.

To prevent bottlenecks in stations, seat numbers will now be capped

First daily services between London and Paris can carry up to 900 passengers.

350 of these seats are not being sold.

Eurostar is the only high-speed train that links the UK with France and Belgium via Channel Tunnel.

It also operates UK services from Ebbsfleet, Ashford and London’s St Pancras stations, both in Kent.

Gwendoline Czenave, Eurostar’s chief executive, stated that it was crucial for the trains to depart on time in order to avoid any knock-on problems.

She said, “If you delay a train, then you delay a second train and it’s a very poor customer experience.”

“Our customers call it awful.”

To ensure sufficient time for border check, passengers are being asked to arrive at least 90 minutes before departure. This is three times the time it took before the pandemic.