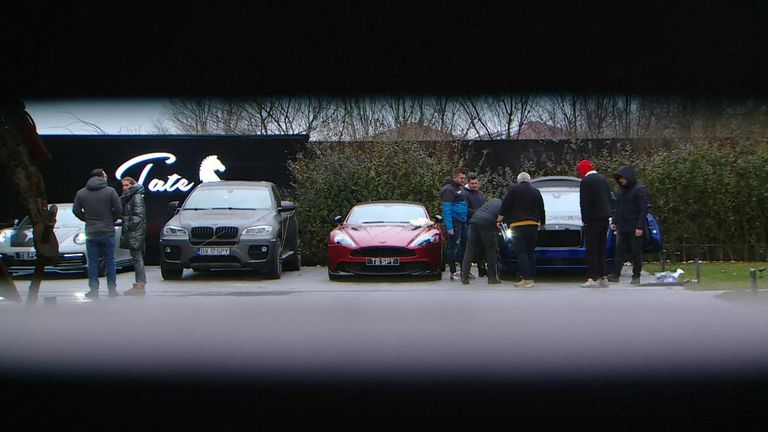 Andrew Tate and his brother will remain in custody until February 27, after which a Romanian court extended their police arrest.

They are currently being investigated for allegations of sexual assault, and exploitation.

The judge has ordered that they remain in prison for another 30 days while police investigate.

Tate, who self-described as a misogynist was arrested in Bucharest, Romania on 29 December. He was charged with being part of an organized crime group, human trafficking, and rape.

Tristan, his brother, and two Romanian ladies were also taken into police custody. They all deny the allegations.

Ramona Bolla is a spokesperson for DIICOT in Romania. She stated that prosecutors asked for a second 30-day extension to keep the four detained while investigations continue.

She said that Friday was the day she received her request.

The Tate brothers’ lawyer said that he found the ruling “totally unfair”.

Iona Gliga stated that the session had ended an hour ago and that the file contained 20 volumes.

“It is very difficult to believe someone can study the file in such short time. It reached the tribunal yesterday.”

Continue reading: Andrew Tate’s extravagant home could be paying for his legal troubles

Andrew Tate posted on Twitter on Thursday: “I am in detention while they ‘look for’ evidence. They won’t find evidence because they aren’t guilty.

The post stated that “they have and will continue ignoring and throwing away any and all evidence or testimony we are innocent.”

“My case doesn’t revolve around the truth. This is about Politics.

Prosecutors claim that the Tate brothers seduced their victims and pretended to be in a relationship.

The British-American citizen, 36, has 4.4 Million Twitter followers. He was previously banned from several social media platforms due to his misogynistic views or hate speech.

Rumours suggest that the former Big Brother contestant, and kickboxer, has lived in Romania since 2017.