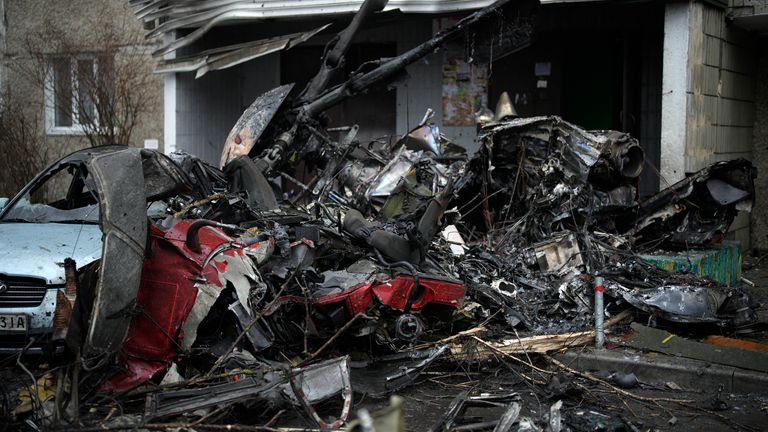 Sky News’ Denys Monastyrskyi spoke to Sky News in April last year as he visited Bucha, where a possible Russian war criminal was being committed.

He was just shown the charred remains a few bodies, all civilians.

Nine months later, Mr Monastyrskyi died in a helicopter accident. He was the highest-ranking Ukrainian official to have been killed since Russia invaded Ukraine last February.

The Ukrainian authorities launched an extensive investigation to determine the cause of the crash.

President Volodymyr Zilenskyy will feel the loss of Mr Monastyrskyi (42), a devastating blow.

The minister was responsible to Ukraine’s national guard, border guard, and police. These are all vital in fighting Russia.

He was a former lawyer and entered parliament as an MP for Mr Zelenskyy’s Servant of the People Party.

In July 2021, he was appointed by the president to the post of interior minister. This was just half a decade before Russian forces began their all-out war.

The minister would travel to frontline areas that have been liberated by the Ukrainian forces in his current position.

Sky News also saw him in Bucha. In September last year, Mr Monastyrskyi entered the city of Izyum in northeastern Kharkiv after a counter-offensive by the Ukrainians had forced Russian soldiers back. 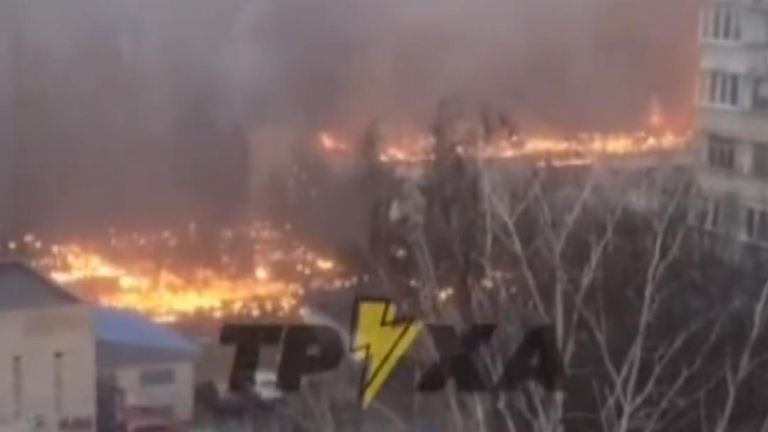 Helicopter crashes at a nursery in Kyiv

As his motorcade was leaving, he stepped out to take photographs with the jubilant soldiers standing guard at the city’s entrance. This is marked by a large rock post with the words “Izyum”.

I was nearby and asked him how it was feeling.

Monastyrskyi responded: “From one end I’m happy, right now. But from the other side, I am upset because many Ukrainian civilians were found here, killed by Russians, and that’s a problem also for us.

“And we know how far we need to go to get to our border with the Russian Federation. We will do it.”