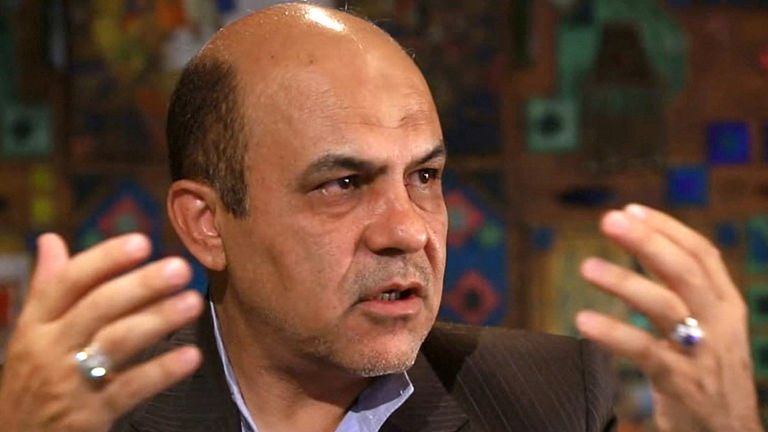 After being accused of spying on the UK, a British-Iranian national was executed in Iran.

Prime Minister Rishi Shah Sunak stated that he was shocked by Alireza Akbari’s execution. He said: “This was an inhumane and cowardly act. It was carried out by a barbaric dictatorship with no respect for human rights of their people.

“My thoughts and prayers are with Alireza’s family and friends.”

“This barbaric act should be condemned in the strongest terms.

“This will not be unchallenged.”

The Foreign Office summoned Iran’s charge of affairs in London to express his “disgust”.

According to the report, Iranian intelligence hid the spy alleged by MI6 and fed him false information. It also described him as “one the most important infiltrators” of sensitive and strategic centers.

Mr Akbari claimed that he was tortured, given mind-altering drugs, and forced to confess crimes he didn’t commit.

Iran’s Mizan news agency was associated with Iran’s judiciary and tweeted that Mr Akbari had been executed. The tweet did not mention the date or location of his execution, despite rumours that he was executed days earlier.

He claimed that Mr Akbari was detained in 2019 and was charged with spying, after he was accused by the British of receiving “hundreds upon thousands of pounds” to provide intelligence to Britain. These claims he denies.

Bunkall stated that his family in Tehran was called to Bunkall’s prison Wednesday for what was described by Bunkall as a “final visit”.

He said that Mr Akbari had been reported by his family to have been moved to solitary confinement while he was in prison.

Mr Cleverly had requested Mr Akbari’s release after reports about his execution surfaced.

Cleverly had tweeted earlier this week: “Iran must stop the execution of British-Iranian National Alireza Akbari. And immediately release him.”

“This is a political motivated act by a barbaric dictatorship that has total disregard for human lives.”

As anger grows over executions, gunfire and tear gas are common

Iran failed to cease execution attempts – how will the UK respond?

We can assume that the reports about Alireza Akbari’s death by hanging came from the Mizen News Agency. This state-run outlet is closely connected to the Iranian Judiciary. It is not clear when the execution took place.

Iran recently executed several political prisoners who were involved in anti-government protests. While Mr Akbari’s execution is not directly related to these demonstrations, relations between Britain & Iran have deteriorated due to British government criticisms of the Iranian regime during protests.

British-Iranian citizen, Mr Akbari was able to obtain consular access to him while he was behind bars. Tehran does not recognize dual-nationals. According to reports, his family was called to the prison Wednesday for a final visit’.

Iran ignored the increasingly desperate attempts of the British government to prevent his execution. So now, focus will be on a British reaction – possibly further sanctions.

Alicia Kearns, chair of the Commons Foreign Affairs Committee, condemned the execution and accused Tehran of reacting because they felt “cornered” by international sanctions and antigovernment protests.

She said that the Iranian regime has shown another horrible example, feeling trapped by the pressure of sanctions, industrializing hostage-taking, and weaponising British citizens.

Vedant Patel, the US State Department deputy spokesperson, stated that Alireza Akbari’s charges and his execution were politically motivated. His execution would not be legal.

“We are deeply disturbed by reports that Mr Akbari was tortured and drugged while in custody, interrogated over thousands of hours, forced to confess falsely, and even forced to do so.”

She said that Iran’s practice of arbitrary detentions, forced confessions and politically motivated executions were unacceptable and must be stopped.