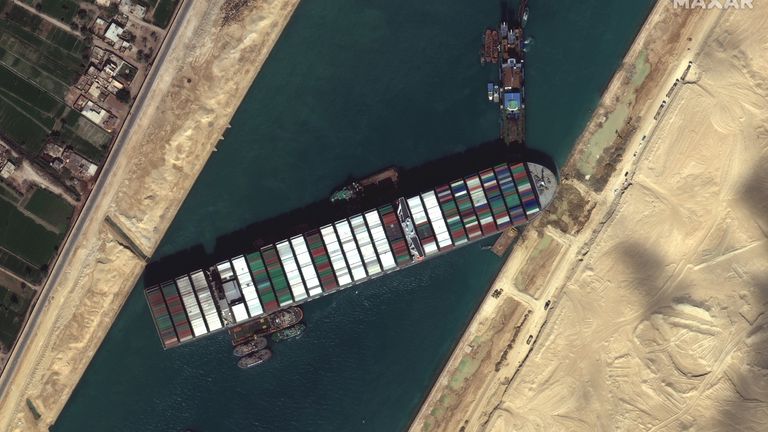 After running aground in Suez Canal, a container ship carrying more than 65,000 tonnes corn from Ukraine was refloated.

According to the Suez Canal Authority, the M/V Glory had just completed its southward journey through Egypt’s waterway at 24 miles (38 km) when it experienced a technical fault.

It was not expected that the breakdown would cause any major delays. Regular passage through the canal should resume at 11am local, after tug boats had moved it to a repair location.

According to the Joint Coordination Centre which oversees the grain exports, the ship left Chornomorsk, Ukraine, on Christmas Day.

After an inspection in Istanbul on January 3, the centre stated that the ship was cleared to continue its voyage.

The Suez Canal, which is the shortest route between Europe & Asia, was closed for six days in March 2021 after the Ever Given, a ship that got caught horizontally by high winds, had become stuck to the Suez Canal.

The blockage caused ships to be stranded and temporarily stopped global trade in a number of goods.

The Ever Given was kept by the SCA for over 100 days while it sought compensation from its Japanese owners in the hundreds of millions.

After the incident, Egyptian authorities started widening and deepening parts of the canal in the south to stop a repeat.

A tanker carrying oil ran aground on a canal single-lane section in August 2013. This caused the canal to be closed for five hours.