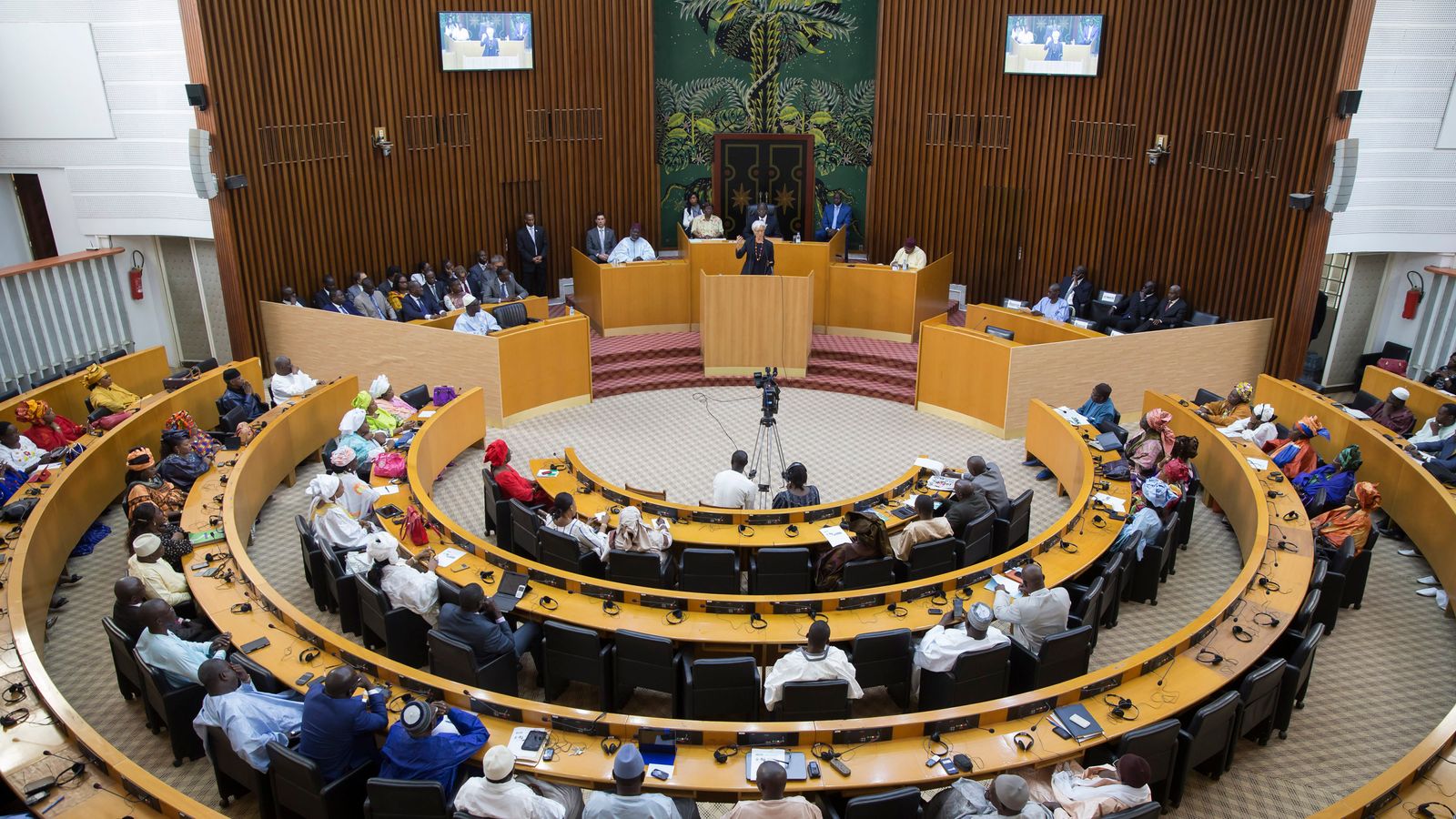 Senegalese politicians were sentenced to six-months in prison for assaulting a pregnant colleague at a parliamentary brawl.

Massata Samb punched Amy Ndiaye Gniby the face in chaotic, televised scenes that stunned the nation. He had made a slur of her for criticizing her budget.

Ms. Gniby reacted by throwing a chair at Samb. Samb was then pushed to ground by other lawmakers, and kicked in his abdomen by Amadou Niang.

The men from the opposition PUR party were also ordered to pay five million CFA Francs (PS6,700), in compensation to Ms Gniby of the ruling Benno Bokk Yakaar alliance.

The brawl exacerbated the political tensions in Senegal that have risen ever since the ruling party lost its comfortable majority.

This loss was widely interpreted as a rebuke to President Macky Sall. There is uncertainty about whether he will seek another term in 2024. The opposition claims that this would violate term limits and a promise made earlier.

Mr Sall (60) has not stated whether he will run again.