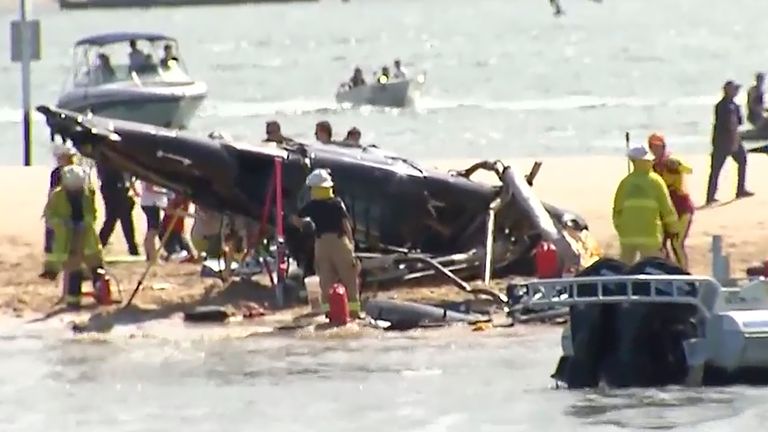 According to Queensland Police Acting Inspector Gary Worrell, initial information indicated that one helicopter was taking off while the other was landing at the time of collision.

He thanked the members of the public for their assistance and said that access was difficult due to the location, which is a sandbank.

Mr Worrell stated that one airframe had its windscreen removed and landed safely on the island. The other had crashed and was upside-down.

“Police and members of the public tried to remove them and they began first aid to try to save these people.”

Janey Shearman from Queensland Ambulance Service said that 13 people were on board the helicopters.

Three people were critically injured and were suffering from “multisystem trauma”. Six others were treated for minor injuries, mainly due to the impact of the glass.

Chief Commissioner of the Australian Transport Safety Bureau, Angus Mitchell, said that investigators would soon be on the scene to investigate what happened.