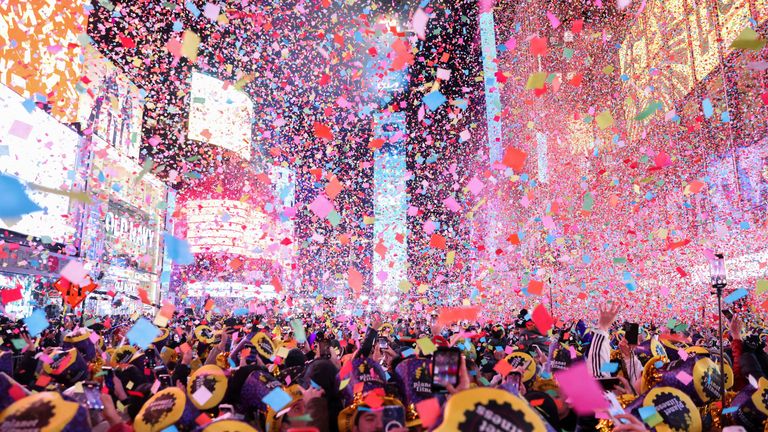 Three officers were injured in an attack on New York police by a machete. Expert terrorism experts are investigating.

Officers were attacked by a man with the weapon outside the security perimeter for the main Times Square celebrations. This happened at around 10:10 on New Year’s Eve.

Keechant Sewell, police commissioner, told reporters that a 19-year old male approached Keechant Sewell and tried to hit him with a machete.

“The male struck two more officers with the machete in the head.”

It is believed that the victim, though not severely injured, was able to shoot the suspect in the shoulder, allowing him to be arrested.

The injuries sustained by all three officers are not life-threatening. One officer sustained a skull fracture, while the other suffered a deep cut.

There is no known motive.

However, law enforcement officials are said to be looking into whether the man accused of attacking the officers had posted online jihadist writings and had traveled to New York City in order to target police.

Sky News affiliate NBC News reported on the involvement of the FBI’s joint terrorism taskforce in the investigation.

The emergency response of the emergency services did not affect the Times Square celebrations.

According to police, no other person was involved.