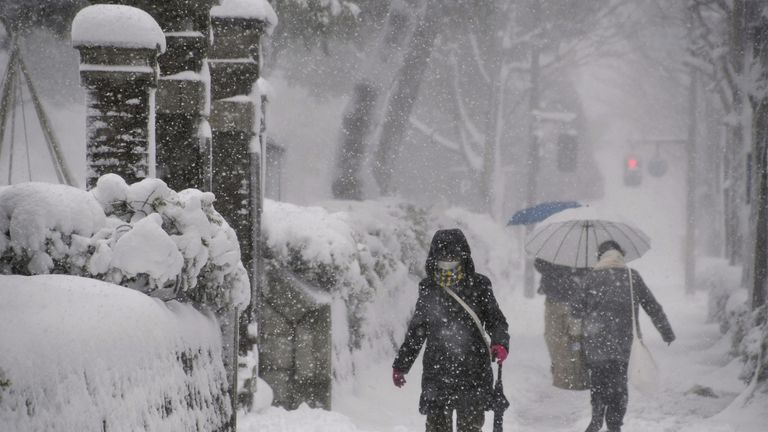 Officials in Japan have confirmed that 17 people were killed by a powerful winter storm. One of them was a woman who was found under a thick snowfall.

Since before Christmas, the storm has been dumping snow on northern regions. It has stranded hundreds of vehicles and delayed delivery services. It has left more than 90 people injured and hundreds of homes without electricity.

Additional bad weather during the Christmas weekend led to an increase in death tolls from 11 on Saturday to 17. According to Japan‘s Fire and Disaster Management Agency.

Many of the victims died from falling while clearing snow off roofs, or being buried beneath thick snow piles that had fallen off rooftops.

According to the disaster management agency, a 70-year-old woman was found dead under a thick snowy roof in Nagai City in Yamagata Prefecture, approximately 180 miles north from Tokyo. The snow had piled up higher than 2ft Saturday.

Residents were urged by snow-stricken municipalities to be cautious and not to go it alone when snow removal activities are underway.

Many parts of the northeast reported snowfalls three times greater than their normal for the season.

50 killed in US winter storm

The road in the midst of the US’monsterstorm’

Japan’s economy ministry reports that heavy snow caused the collapse of an electric transmission tower on Japan’s northernmost main islands. This left about 20,000 households without electricity on Christmas morning. Electricity was restored to most areas later that day.

According to the transportation ministry, however, services have mostly resumed in most cases after dozens of flights and trains were suspended in northern Japan on Sunday.