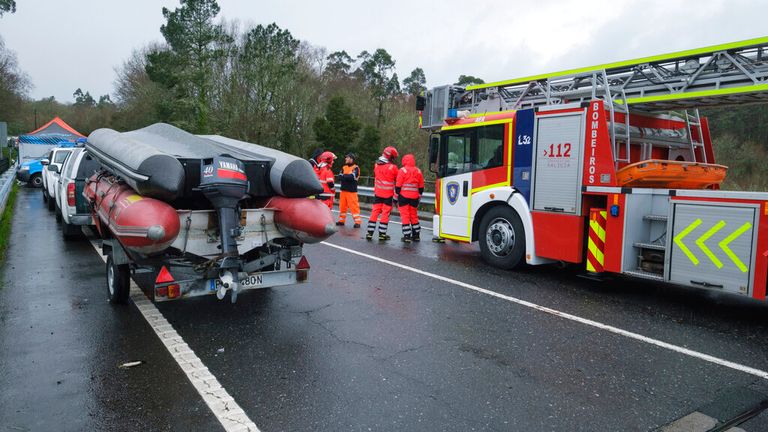 According to Spanish authorities, rescuers recovered the bodies of victims who were killed when a bus crashed into a river and fell onto a bridge.

According to them, six people died and one other was hurt in the accident that occurred in Galicia, northwestern Spain.

The Lerez river is about 30m (100ft) below bridge level, and the blue roof of the bus with half-submerged roof can be seen.

Emergency services were alerted by a motorist who noticed the railing broken on the bridge while driving through heavy rain.

According to the Spanish Guardia Civil, eight people were aboard the bus.

Two survivors were saved Saturday night and transported to hospital.

On Sunday, the bodies of the deceased were found.

Alfonso Rueda, regional president, said that the accident could have been caused by bad weather conditions.