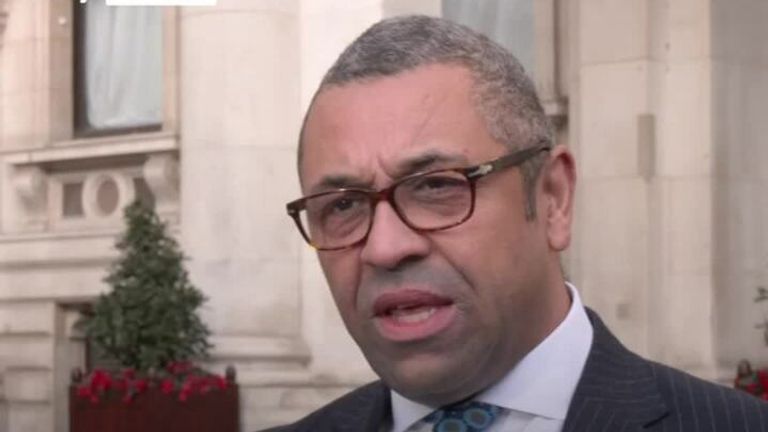 China is a “significant threat” to the UK, and the government should reduce its dependence on China to allow it to respond to Beijing’s aggressions or abuses, MPs said.

The Commons Foreign Affairs Committee (FAC), however, cautioned against a risky shift to using stronger language toward the military and economic giant. It also warned that it should be supported by concrete action, not “empty rhetoric”.

It was also pointed out that Britain’s resilience to China’s “weaponization” of supply chains would make it more effective as a “global player”.

The committee however acknowledged that China would continue to be an important partner to the UK in the near future. Not only economically, but also in terms if cooperation on issues like climate change and trade.

The FAC MPs stated that this approach was not sustainable and should be updated with the integrated review on defense and foreign policy.

According to the report, “The long-term goal should be to foster greater resilience as well as economic diversification so that the UK can choose how it responds to any aggression or human rights violations by the PRC in the future.”

“If we can resist the PRC’s weaponization of supply chains, then we can be more successful on the global stage as a global actor.”

The committee highlighted the dangers of adopting a more aggressive stance toward Beijing, including the loss of collaboration opportunities. It also pointed out the series of threats posed to Britain by the Chinese government, which includes theft of intellectual property and intimidation against British citizens.

Critics have voiced concern about the authoritarian regime’s crackdown on democracy protesters in Hong Kong and its aggressive stance toward Taiwan. It also criticised its persecution of the UyghurMuslims, and other minorities.

Recently, the Chinese government “removed” a consul general as well as five officials who were involved in a brawl with a Hong Kong protester at its Manchester consulate.

According to the report, “The government must be more firm and explicit when articulating its security interests in relation to China.”

“The state’s primary responsibility is to ensure the safety of its citizens.

“China poses a serious threat to the UK at many levels.”

China and India clash at the Himalayan border

China’s rivalry with West ‘will cause clash’, and the UK ‘has been asleep at threat for decades’

A spokesperson for the government stated that China poses a serious threat to our values and interest. However, as the FAC report recognizes, China’s importance in international affairs cannot be ignored.

“We are changing our approach to China towards one of solid pragmatism, something that is also recognized and understood by our allies.

“We will continue to speak out for human rights, and together with our allies, partners, we’re managing that sharpening competition through improving our resilience and, in particular, our economic security.”