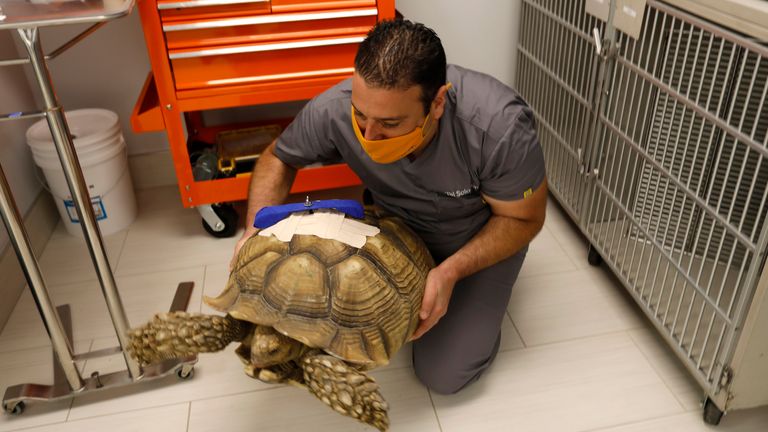 After drunkenly attacking a tortoise in a California nursery, a man was able to avoid jail.

After being stabbed six inches from a wooden gate post, the tortoise, a 70-year old African sulcata called Michelangelo, was discovered bleeding.

The handle of a rake was placed between the head and legs of the animal and then the broken glass was put on its back.

According to the San Jose Mercury News, George Robles, 42 years old, was sentenced Friday after he pleaded not guilty to charges of animal cruelty, commercial burglary, and vandalism.

He was also connected to other break-ins at East San Jose preschool and stole thousands in items during the days preceding and following the January attack.

Robles was sentenced for two years probation and mandatory mental and substance abuse treatment. Robles was also prohibited from owning any animal for a period of ten years.

His lawyer stated that the defendant’s behavior against the tortoise stemmed from excessive intoxication and not animal cruelty.

After the attack, the tortoise required surgery and was declared to be doing well by the vet who performed it.