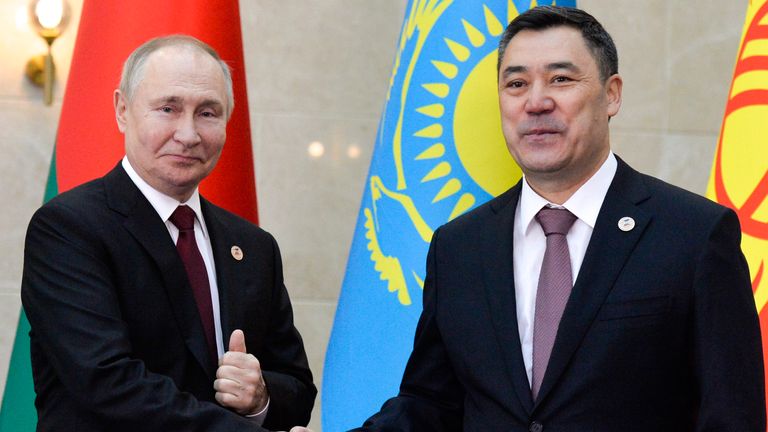 Vladimir Putin stated that Russia might have to reach a deal to end the war with Ukraine.

At a Kyrgyzstan news conference, the Russian president admitted that there were difficulties in mobilizing hundreds of thousands more conscripts to the conflict.

Since its February invasion of Ukraine, Russia has experienced a number of military setbacks.

Putin now suggests that Russia may have to come to an agreement with Ukraine.

This is the first time he has publicly discussed a possible peace deal.

This also happens after Dmitry Peskov, a Kremlin spokesperson, said Tuesday that the conflict’s outcome should be a “justified and lasting peace”.

He said, however, that Russia didn’t see them (the possibility of negotiations) at this moment.

The main issue will be over Crimea and other territories in Ukraine occupied by Russia.

Volodymyr Zelenskyy, the Ukrainian president, has repeatedly stated that Russia must leave all occupied territories before peace negotiations can begin.

This includes Crimea which Russia annexed in an illegal invasion in 2014.

Last month, Putin demanded that the West officially recognize the four regions in order to allow peace negotiations to proceed.

He also admitted on Friday that there were difficulties procuring clothing and equipment for the hundreds of thousand of conscripts who were called up to fight in Ukraine.

He admitted that there were issues with supplying 300,000 men who had been called up as part of a mobilization drive in September or October at the Bishkek news conference.

He said that these issues are now under control.

Russian President also stated that there wasn’t need to send additional troops to fight in Ukraine as 150,000 newly conscripted fighters were not yet deployed to the frontlines.

While Mr Putin repeatedly stated that mobilisation was over, the Kremlin refused to reverse an official decree authorizing the call-ups. This has fueled fears of a second wave.