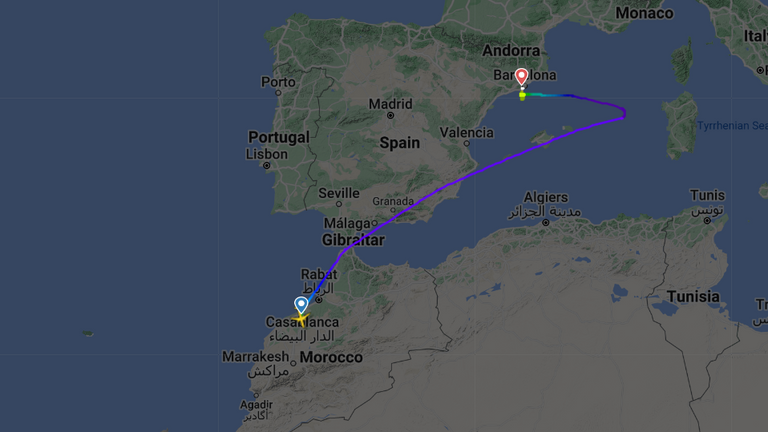 Spanish police are looking for 14 people who fled a commercial aircraft after an emergency landing. This was caused by a woman pretending to be pregnant.

Pegasus Airlines flew from Morocco to Turkey on Wednesday afternoon. The woman claimed that she was going into labor and the plane landed at Barcelona’s El Prat airport.

According to authorities, 28 people escaped the plane after it touched down and tried to flee.

Half of the group was stopped by police, but 14 officers escaped at the airport. They remain at large.

Doctors later discovered that the woman was pregnant, but she was not in any hurry to give birth. She was then arrested for public disorder offenses.

Spanish authorities confirmed that five of those who were captured agreed to be re-flight from Casablanca, Morocco to Istanbul.

Rest are being processed to prevent Spain from admitting them.

Authorities say it is possible that they will, together with the woman accused of falsifying giving birth, be taken on another Pegasus flight to leave the country.

The Spanish government did not release the nationalities of the passengers.

According to Flightradar.com, 228 passengers were on board the plane, which finally landed in Istanbul at 1.10pm (UK time) after a delay over three hours.

According to reports, the plane was an Airbus A321 aircraft. The flight was PC652.

This follows a similar incident that occurred more than one year ago when a group of passengers flew from Casablanca, Istanbul to a runway on the Spanish island Mallorca after an emergency landing under false pretenses.

Twelve of the 24 people who disembarked were taken into custody, and 12 others managed to escape.