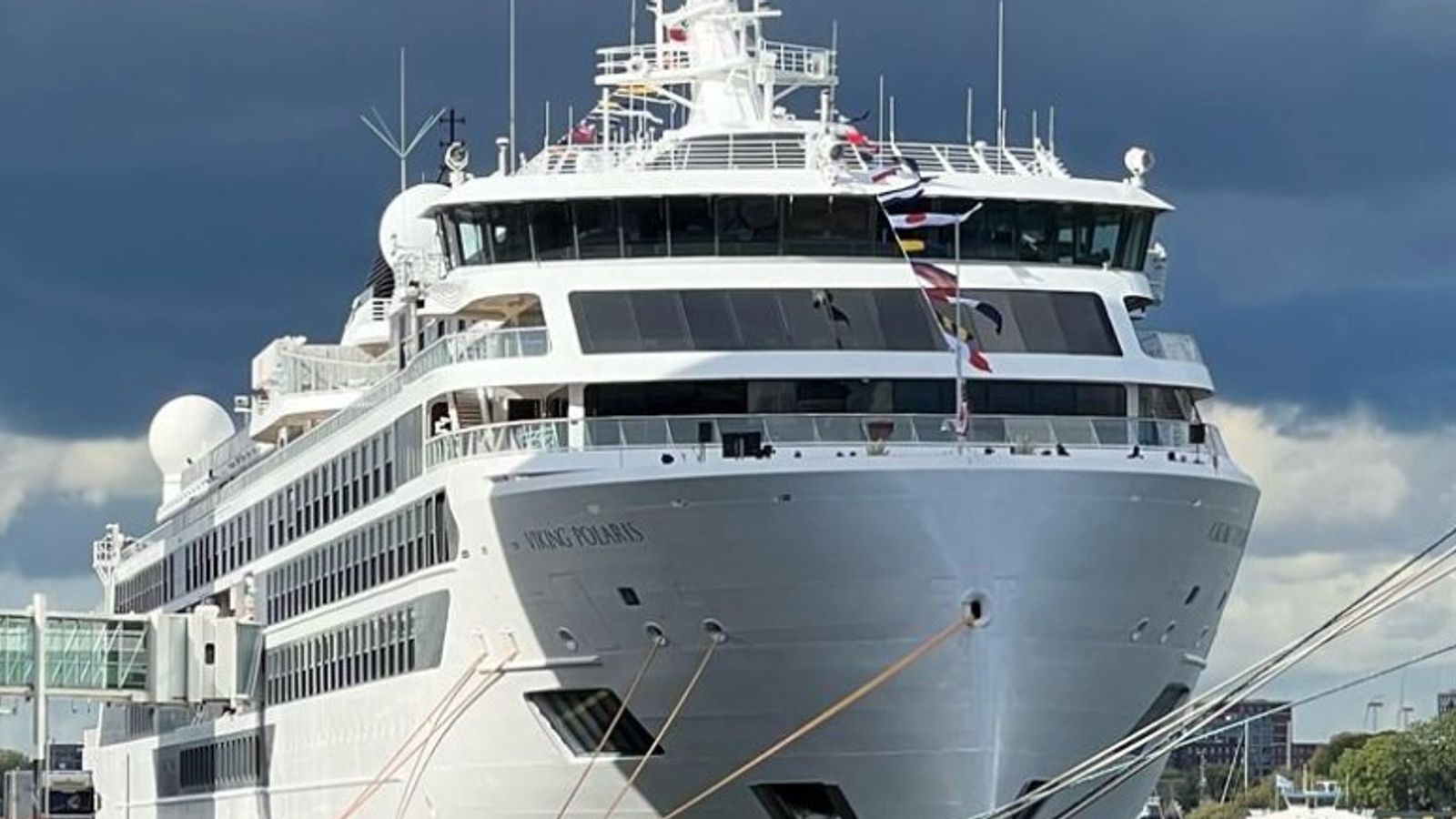 A woman has died and four people have been injured after a “rogue wave” hit a cruise ship in the Atlantic.

The Viking Polaris was sailing towards the Argentinian resort town of Ushuaia as part of its Antarctic Explorer cruise when the wave hit at 10.40pm local time on Wednesday.

The travel company said the ship “sustained limited damage” and arrived in Ushuaia, 1,926 miles south of Buenos Aires, without any more problems the following afternoon.

A spokesperson added: “It is with great sadness that we confirmed a guest passed away following the incident.

“We have notified the guest’s family and shared our deepest sympathies.”

The Associated Press cited Argentinian authorities as saying the passenger was a 62-year-old American woman.

She had been hit by broken glass when the wave shattered the cabin windows.

The four injured passengers were treated by medical staff on the ship.

Viking called it a “rogue wave incident” and an investigation has been launched into what happened.

Rogue waves are usually defined as waves that are two times the significant wave height of the area.

The significant wave height is the average of the highest one-third of waves – so a rogue wave is a lot bigger than the others.

Quoted in National Geographic, research scientist Tim Janssen said one of the best examples is the New Year’s Wave of 1995, when a 26-metre wave struck an oil rig in the North Sea off Norway.

Viking has cancelled the ship’s next scheduled departure – the 5-17 December Antarctic Explorer itinerary, and said it is working with crew and passengers of the affected cruise to help them arrange onward travel.

The Viking Polaris, a vessel that has luxury facilities and was launched earlier this year, has capacity for 378 passengers and 256 crew members.