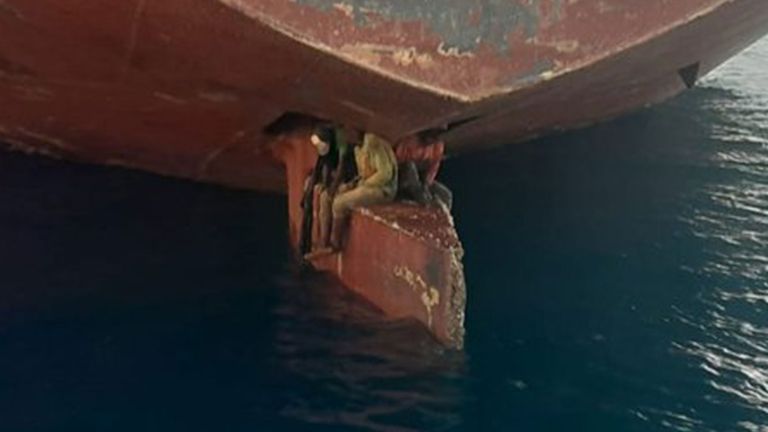 Spanish coastguard reports that it has saved three migrants who were stowed on the rudder of a ship arriving in the Canary Islands this past week.

According to Marine Traffic, the three men were discovered on board the oil and chemical tanker Alithini II on Monday. It had just returned from an 11-day journey from Lagos, Nigeria.

Coastguard distributed a photo showing them sitting just above the waterline on the rudder in Maltese-flagged vessel.

They were brought into port and EFE, the Spanish news agency, reported that they had been treated for mild dehydration.

This isn’t the first time that migrants have attempted to stow themselves on the rudders of ships.

Four people were found hiding on the rudder a Lagos-based oil tanker in October 2020. They hid for 10 days until police finally discovered them when the vessel arrived at Las Palmas.

Since 2019, the number of migrants who cross from North Africa to the Canary Islands has risen dramatically.

Reuters cited Spanish data that showed an increase in sea migration to the archipelago by 51% over the previous year.

However, those who travel this route risk their lives and many people are killed each year.