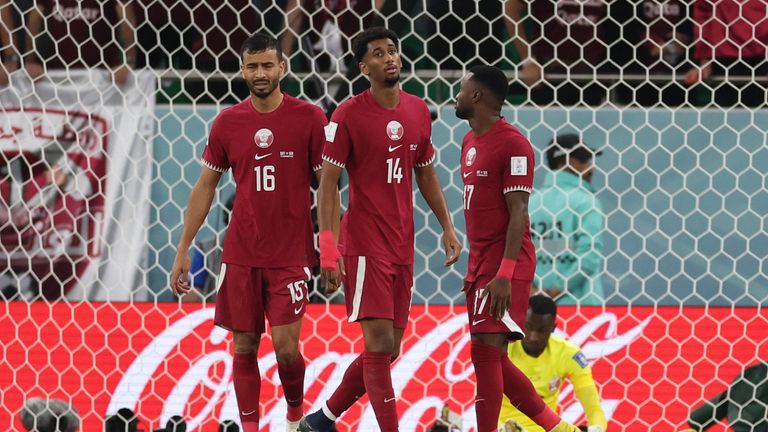 After losing 3-1 to Senegal, Friday’s 1-1 draw between the Netherlands and Ecuador was enough to secure the fate of the Middle Eastern country.

In the tournament opener, Qatar was defeated 2-0 by Ecuador. They have a point difference of -4 and are currently on 0 points.

Qatar must still play against the Netherlands in their third group match.

Even if they won the clash, the hosts would still be on just 3 points and wouldn’t be able finish Group A in the top 2.

Only the winners and runners-up of each group will be allowed to progress to the 16th stage.

Both Ecuador and the Netherlands are on 4 points.

Senegal, Africa’s champions, is in third place with 3 points. They theoretically can still advance if Ecuador defeats them on Tuesday.

The Dutch won the Khalifa Stadium thanks to a spectacular strike by Cody Gakpo, forward of PSV Eindhoven, on 6 minutes.

After two late goals, 10-man Wales loses to Iran in the World Cup

Enner Valencia, who scored his third goal of this tournament in the 49th minute, brought Ecuador level.