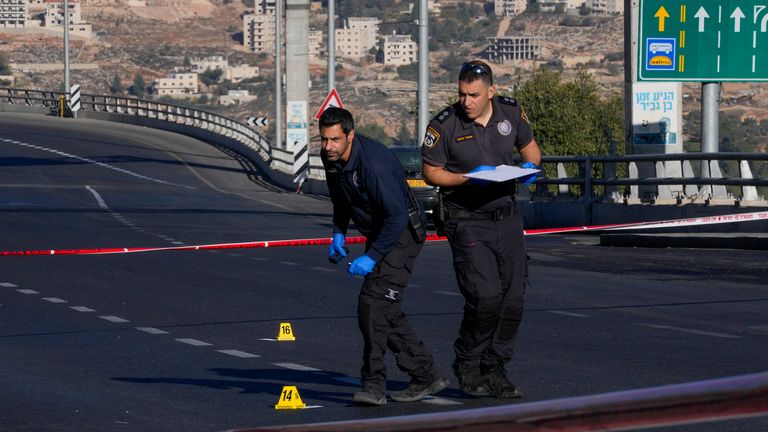 Two explosions at Jerusalem bus stops caused by a Palestinian attack have resulted in 14 deaths and several injuries.

A blast occurred along the highway that leads out of the city. Another explosion was reported in Ramot, north-west of the city, about 30 minutes later.

It comes amid high tensions between Israel and Palestiniansfollowing months of Israeli raids in the occupied West Bank and a spate of deadly attacks against Israelis that killed 19 people.

This year has seen more than 130 Palestinians killed in Israeli-Palestinian fighting on the West Bank and East Jerusalem. It is the deadliest year since 2006.

According to the Israeli army, most of those killed in Gaza were militants. However, stone-throwing youths protesting incursions as well as others not involved in confrontations were also killed.

It was a wild explosion. It is causing damage all over the place,” Yosef Haim Galbay, a medical professional who was on the scene at the time the blast occurred, said to Israeli Army Radio.

Israel’s rescue services reported that four people were severely injured by the blasts and at least 14 others were hurt.

Police closed off a section of a major highway that leads out of the city where the twin explosions took place amid rush hour traffic.

Video taken shortly after the blast revealed debris littered along the sidewalk, as ambulances hollered.

Hamas Islamic militant Hamas, the ruler of Gaza Strip, once carried out suicide bombings on Israelis. It praised the attackers and called it a heroic operation but did not claim responsibility.

Hamas spokesperson Abd al-Latif al-Qanua stated that “The occupation is reaping its crimes and aggression towards our people.”