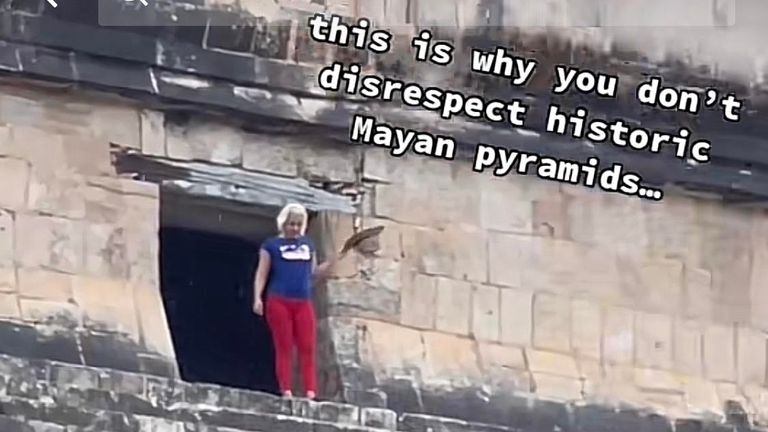 After a TikTok video of a tourist trespassing at the Mayan Temple of Kukulcan, Mexico, and being booed by locals, the TikTok video went viral.

The blonde woman was captured scaling the 91 steps, despite it being forbidden for the public to climb the structure at Chichen Itza’s archaeological site.

Before being escorted down by a security guard, she was seen dancing and posing on top of El Castillo pyramid.

Closer footage showed her climbing to the top, where she seemed to enter the monument. She then gave another wave and dance.

As she moved through the crowd, furious locals filmed her pulling her hair and splashing her with water.

TikToker Angela Lopeze uploaded the footage captioning: “This is why historic Mayan Pyramids are not to be disrespected.”

A second person, who also filmed the incident, said that the act was disrespectful.

El Castillo, a UNESCO World Heritage Site, has been closed to the public since 2008.

It was constructed by the pre-Columbian Maya civilisation between the 8th & 12th centuries AD. The temple served as a shrine to Kukuclan.