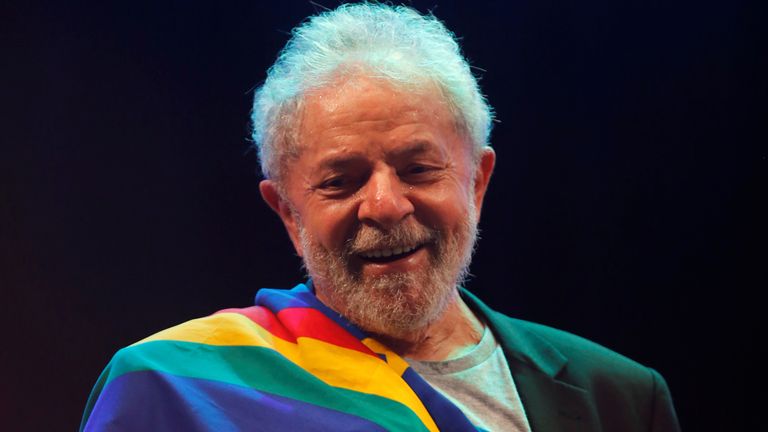 Reporter on the World Cup in Qatar claimed that local police harassed him outside the stadium because he mistakenly believed his Brazilian flag for a LGBTQ pride banner.

Victor Pereira claimed that authorities took his phone after he recorded a negative reaction of a man to the colorful flag of Brazil’s northeastern Pernambuco states.

The flag shows a rainbow made up of the colors red, yellow, and green, as well as a red cross, star, and a star.

After Saudi Arabia’s shocking 2-1 victory over Argentina, he said that a man in a traditional white dress mistakenly thought it was for the rainbow flag of the LGBTQ community.

Although same-sex relationships in the Gulf state are illegal, the organizers of the sporting event repeatedly stated that “all are welcome” to the event.

“A white-dressed man grabbed the flag and began stomping on the ground. “I took my phone to record video, but he grabbed my phone and told me he would give it back if i deleted the video,” Mr Pereira stated.

“Then, an officer arrived and tried intervene. “He grabbed my phone from the other man and told me to delete it.”

Mr Pereira claimed he did as instructed and deleted the clip in order to get his phone back.

The Supreme Committee for Delivery and Legacy (Qatar’s World Cup organizers) did not respond to a request for comment immediately, nor did the Qatari government’s media office.

He stated: “Our solidarity avec the Pernambuco journalist Victor Pereira. Victor was covering the Qatar Cup, and the authorities took the Pernambuco flag he wore.

An American journalist claimed that he was briefly held on Monday by Qatari authorities after trying to enter the World Cup stadium wearing a rainbow shirt supporting the LGBTQ community. His phone was also seized, he claimed.

Some Wales supporters in Qatar claimed that their rainbow bucket hats had been confiscated. Downing Street responded by saying it was closely watching the treatment of UK fans.

Some claim they were told it was a “banned sign” despite FIFA allowing rainbow-coloured flags to be worn in stadiums.

According to the official spokesperson for the prime minister, “Obviously it’s no approach that this Government would adopt if we were hosting any Tournament.”

“LGBT rights are an integral part of the United Kingdom.

“We raised concerns regarding LGBT visitors with Qatari authorities at all levels prior to the tournament, and we will continue to monitor this closely.”