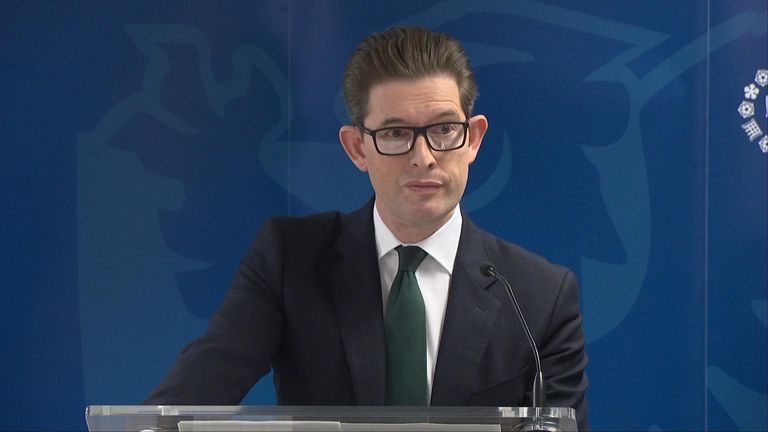 On Saturday, Cleverly will address an international security conference held in Bahrain. He will warn that Iranian-supplied arms are threatening security throughout the Middle East and beyond.

As an example of Russia’s malign influence, he will point out the Iranian-made attack drones that are being used by Russia to target Ukraine’s civilian infrastructure.

He will also say that Iran’s nuclear program is at an “advancess” stage than ever before.

After attending the conference, Mr Cleverly will fly on to Qatar, where he will be attending England’s first World Cup match against Iran.

This encounter occurs at a time when tensions are high with the regime.

The UK placed new sanctions on Iranian officials earlier this week in response to the brutal crackdown on the protests that erupted . This was following the death of Mahsa Amini, 22, who was taken into custody for not adhering to the country’s Islamic dress code.

The director general of MI5 Ken McCallum revealed that Iranian intelligence agents were targeting people in the UK they consider enemies of the regime.

He stated that the security service had detected at least 10 potential threats since January, including “ambitions to kill or kidnap”.

Later, Cleverly will address the Manama Dialogue and say that “Iranian weapons threaten the entire region.”

“Today Iran’s nuclear program is more advanced than ever, and the regime has taken the decision to sell Russia the armed drones which are killing civilians in Ukraine.

“As Iranian rulers spread bloodshed and destruction as far as Kyiv, as their people protest against decades of oppression,”

“Britain is determined that it will work with our friends to counter Iran’s threat, interdict the smuggling conventional arms and stop the regime from acquiring nuclear weapons capabilities.”