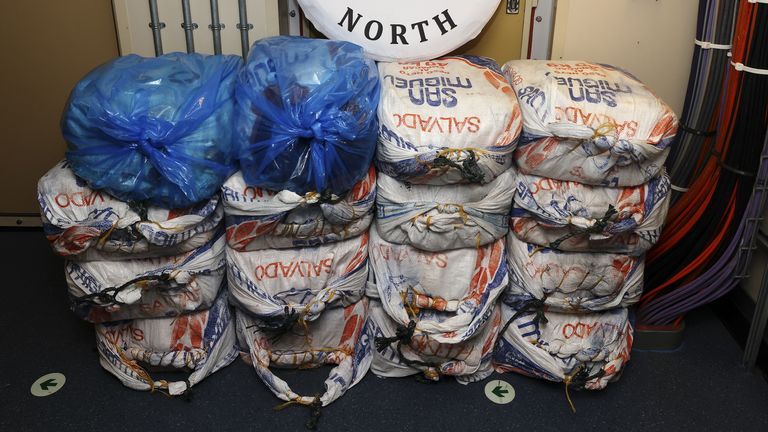 A Royal Navy ship stopped and torched an illegally smuggling boat with PS24m cocaine in the Caribbean.

The boat is believed to have come from South America and traveled along a well-known route for drug smuggling.

Officers boarded the boat once it was stopped and discovered several large packages of drug substances weighing over 400kg.

Three members of the crew were taken into custody.

The boat was destroyed to prevent it being used for drug transport and as a practice platform for Medway’s gunnery crew.

Commander Chris Hollingworth, HMS Medway, stated that “Everyone involved showed their professionalism during a difficult pursuit.

“It may be the first, but it’s not the last. I speak for everyone here when I say that this has galvanized our determination to succeed.

Cdr Hollingworth stated, “Together we are able to smash the supply chain and disrupt movement of harmful drugs before it has the potential to harm people at home and around the world.”

“I am extremely proud of the combined effort of my ship’s crew and our colleagues from US Coast Guard for their proactive attitude, total dedication to the task.”