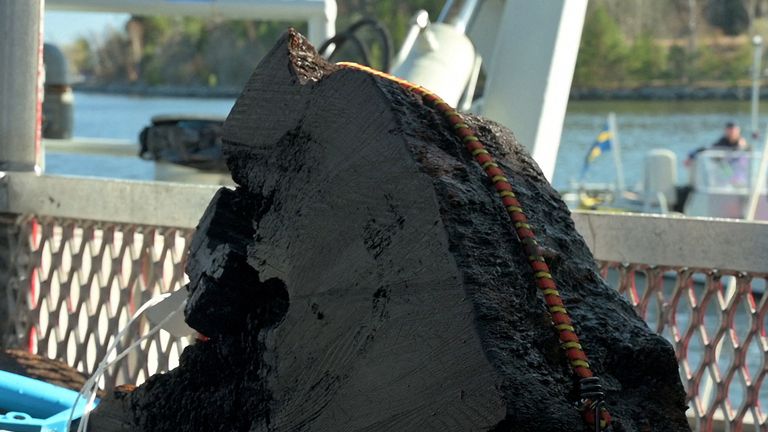 According to marine archaeologists from Sweden, they found the sister vessel of a famous 17th-century warship that went down and is now on display at a Stockholm museum.

Applet (or Apple) is the sister ship to Vasa, a royal warship raised after being submerged for more than 300 years in Stockholm harbour.

Applet was submerged in 1659 to form an underwater barrier to protect Stockholm from enemy fleets.

Although the exact location of the wreck has been lost in time, marine archaeologists working at Vrak, the Museum of Wrecks, in Stockholm confirmed Monday that the shipwreck was first discovered last December.

The museum stated that experts who discovered the wreckage near Vaxholm island, east of the capital, were capable of confirming it to be Applet using wood samples and historical data.

Jim Hansson, an archaeologist, said that “our pulses spiked when it was obvious how similar the wreck to Vasa was”

“Both the structure and the powerful dimensions seem very familiar.”

Vasa’s intricate wood carvings can be seen at the Vasa Museum in Stockholm, which is one of Stockholm’s most popular tourist attractions.

The museum released a statement saying that experts were able confirm that the wreck belonged to the long-lost Applet after analysing technical details, wood samples, and other historical data.

After a second dive in spring this year, several samples were taken and analysed. It was found that the oak used for the ship’s wood was felled in 1627, the same spot as Vasa’s timber a few years ago.

Applet’s sides had fallen to the seabed, but the hull was still intact up to a lower gun deck. Two gun ports were found on the sides that had fallen, which was considered evidence of a warship with two decks.

There has not been a decision made on whether the ship should be raised. This would be costly and complex.

Wreckage from warship that was sunk off the coast of Norfolk

Applet was constructed at the same time that Vasa by Swedish King Gustav II Adolf.

Vasa was able to sink just minutes after it left port in 1628. Applet was launched in the next year and has remained in service for over three decades.

Experts believe Vasa was sunk due to a lack of ballast to offset its heavy guns.